An ancient order of shinobi, assassains and spies dating back to medieval Japan. In present day, they have semi-independent chapters all over the world, overseen by the Japanese head council. 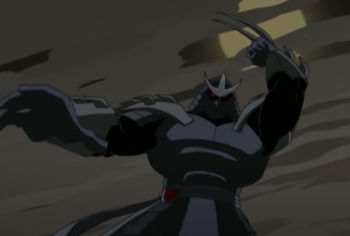 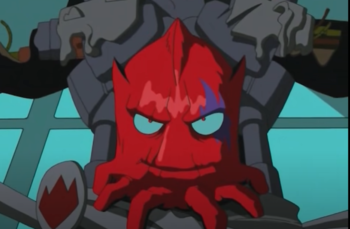 "You speak my name, but you do not know me! I am Ch'rell, Oroku Saki, Duke Acureds, the one TRUE Shredder! I am a destroyer of worlds, and I FEAR NO ONE!"

The leader of the Foot Clan, who works on various criminal operations. He's by and large the most personal nemesis of the heroes, and the most recurring one. 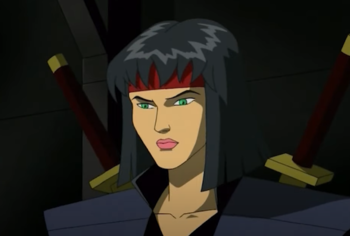 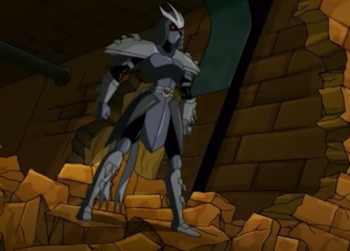 "Now, I came here to discuss a matter with you. And discuss it we shall, with or without your leader. It is your choice."

The Shredder's adopted daughter and a high-ranking member of the Foot Clan. Unlike her father, she fights with a code of honor and even grows to respect the Turtles (specifically Leo). After Ch'rell's defeat and exile in the third season finale, she takes up the mantle of the Shredder and vows to take revenge on the Turtles. 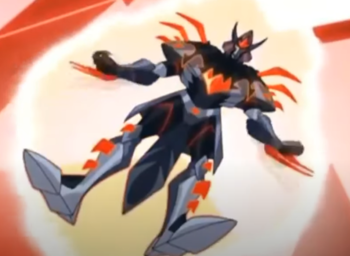 A digital copy of the Utrom Shredder's memories that were stored away until Viral, another of the Turtles' villains, tried to absorb it. Instead, the digital engram absorbed her instead, and thus the Cyber Shredder was born. He becomes the new leader of the Foot Clan Remnant and wants to escape Cyberspace. 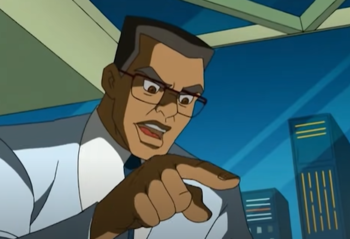 Stockman: Ah, miss O'Neil. So brilliant, yet so naïve.

An amoral but brilliant scientist, who worked for the Foot Clan. Due to his multiple failed attempts to betray the Shredder, he was constantly mutilated, losing his body in the process. He eventually betrayed the Foot successfully and later joined Bishop's Earth Protection Force. Due to this, he's no longer affiliated with the Foot and his page can be found here. 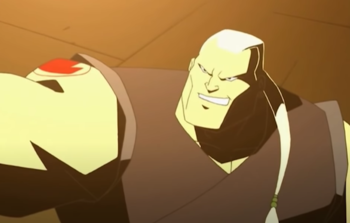 A tough, hulking gangster who acts as the leader of the Purple Dragons and an ally of the Shredder. He deeply despises freaks, especially the Turtles. Hun had extreme loyalty to the Shredder, which was broken when he discovered that Shredder himself is an alien freak. After this, he left the Foot and decided to transform the Purple Dragons into a powerful criminal syndicate. Due to this, he's no longer affiliated with the Foot and his page can be found here. 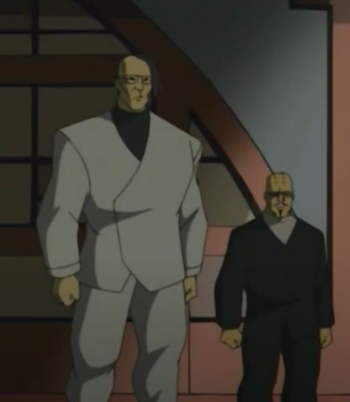 Two Foot Ninja who act as the bodyguards of Karai. 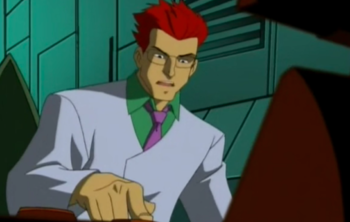 A young scientist who becomes the head of the Foot's science department in Season 3. 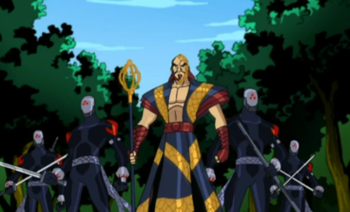 A highly skilled Foot Ninja who tries to bring the Clan back to its former glory in Season 7, and who becomes Cyber Shredder's agent in the real world.

The standard ninjas of the Foot Clan. They are pretty weak when fought alone, but can quickly overwhelm their opponent when they attack them as a group. 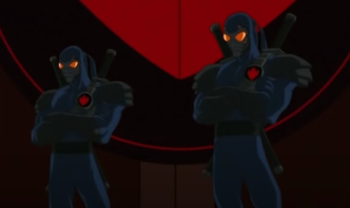 Foot Ninjas who are equipped with special cybernetic suits. Their suits not only enhance their abilities, but also grant them invisibility. 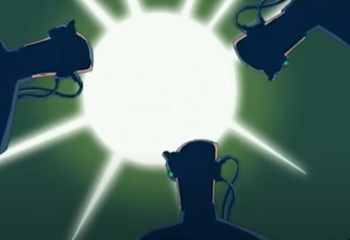 The scientists and technicians of the Foot Clan. They are responsible for the advanced technology of the Clan, but they are rarely seen in combat. 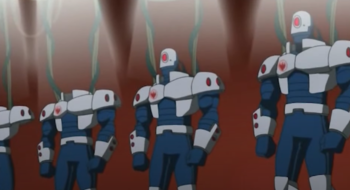 Robotic soldiers and duplicates who are specialized in combat. They were created by Baxter Stockman. 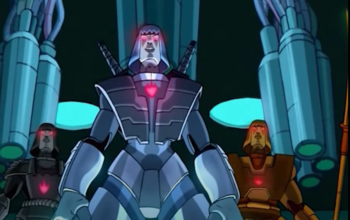 Robots who are specialized in combat and were made in the likeness of Karai. They were created by Dr. Chaplin and were used in a plan to take out the Turtles. 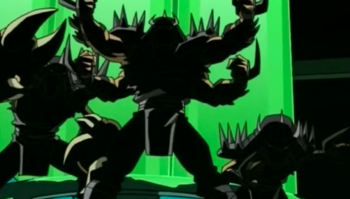 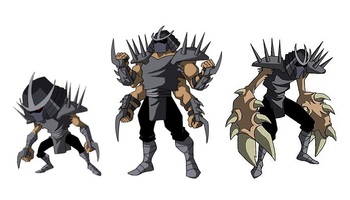 Hideously mutated clones of the Shredder, dressed in modified Shredder armor and trained to work as elite Foot soldiers. 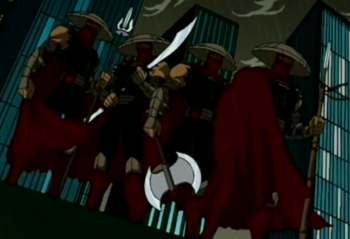 A specialized division of the Foot. They are the elite ninjas of the Foot and the Shredder's personal body guards and lieutenants. 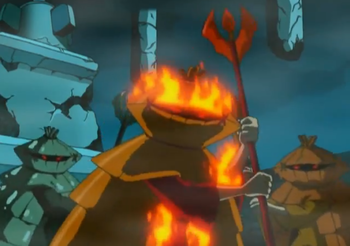 Powerful beings who possess mystical powers. After Ch'rell's defeat, they are infuriated at Karai who disrespects and mistreats them. They eventually leave the Foot in order to resurrect their real master - the Tengu Shredder. Due to this, they are no longer affiliated with the Foot and so their page can be found here.