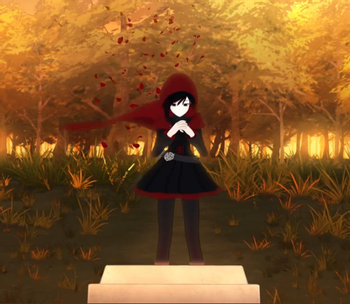 "Hey, Mom. Sorry I haven't come by in a while."
Advertisement:

Blake was right. The real world isn't the same as a fairytale. So, don't be fooled by the lighthearted humor, optimism, and laid-back animation style; RWBY is much heavier than it seems.

Of Runaways and Stowaways

Soundtrack
Other
"How are you okay with any of this?!"