This is the recap page for Monty Oum and Rooster Teeth's RWBY.

This page also indexes the recap pages for the mini-series World of Remnant, whose episodes were scattered throughout Volumes 2-4 of the main show.

Warning: On these recap pages, all spoilers will be left unmarked, including for FIRST-exclusive content.

The web animation show that began the entire franchise. This started with four trailers that were released prior to the start of the show, each one centred one member of the titular team.
Trailers (November 2012 - June 2013) 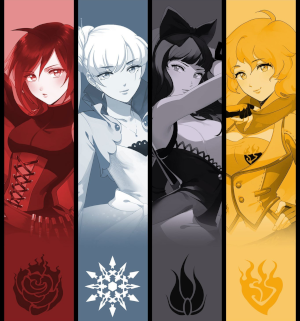 Young Ruby Rose is accepted into Beacon Academy, which trains students to become Huntsmen and Huntresses. After arriving at the academy, she and her sister, Yang Xiao Long, are paired with Weiss Schnee and Blake Belladonna. Together, they must work as a team so they can survive their battles with Remnant's monsters, chiefly the Grimm.

Many episodes in Volume 1 were split into two half-length parts, which were released and numbered separately, but combined for the DVD and Blu-Ray release. The list below reflects the original numbering, but each split episode has a single recap page. 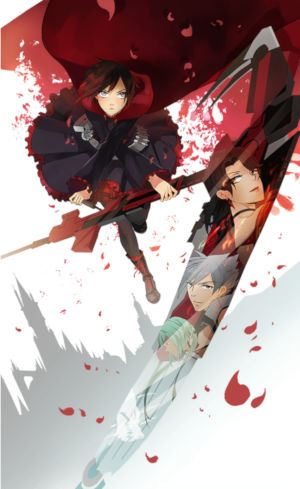 ♫ Now it's time to say goodbye
To the things we loved
And the innocence of youth... ♫
"Our enemies aren't just going to sit around and wait for graduation day. They're out there, somewhere, planning their next move, and none of us know what it is, but it's coming! Whether we're ready or not!"
— Blake Belladonna

A new semester and new challenges keep Team RWBY busy, as they train for an up-coming tournament and try figuring out their enemies' intentions. 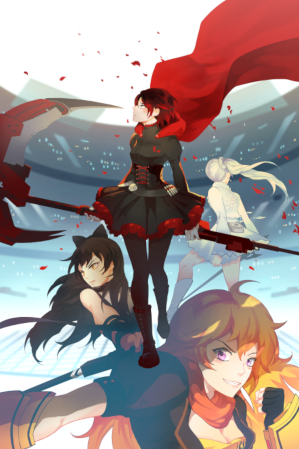 ♫ The shining light will sink in darkness
Victory for hate incarnate
Misery and pain for all
When it falls... ♫
"I've been out there and seen the things she's made, and let me tell you, they are fear."
— Qrow Branwen

Team RWBY competes with the world's trainee Huntsmen in the Vytal Festival Tournament for the honour of their Kingdom. As a dire threat looms over the horizon, the adult Huntsmen must wrestle with a terrible dilemma, one that leaves Beacon forever changed. 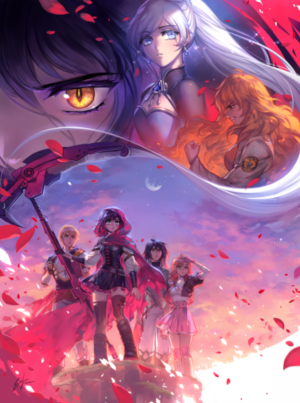 ♫ Inside we're torn apart
But time will mend our hearts
Move onward
Not there yet
So let's just live! ♫
"It doesn't matter what we're called, as long we're together."
— Jaune Arc

Several months after the Vytal Festival and the devastating loss of Beacon at the hands of the villainous Salem, everyone moves forward. Separated from her fellow teammates, Ruby joins forces with Jaune Arc, Nora Valkyrie and Lie Ren of Team JNPR. They travel to Mistral in a quest to learn more what Salem's faction is after. 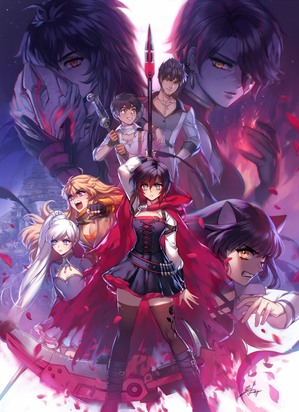 ♫ We'll win, we're sure we will endure
And though our goal is far
We'll be the ones to touch the sun
The triumph will be ours! ♫
"I always knew that I wanted to be more than a farmhand, but this? Who would ask for this?"
— Oscar Pine

Whether hero or villain, everyone's plans seem to involve Haven Academy. With Team RWBY finally reunited, they and Team JNR must search for a way to prevent yet another catastrophe as the academy becomes the stage for a climactic showdown. 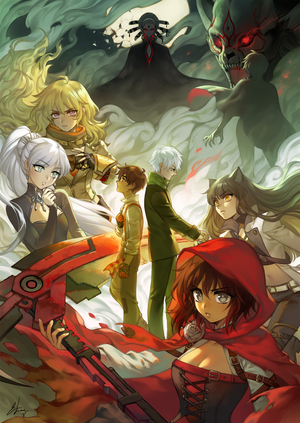 ♫ As sun seeks day
We'll find our way
And we'll catch the dream together someday soon...
We're rising like the moon! ♫
"It's important not to lose sight of what drives us: love, justice, reverence. But the moment you put your desires before my own...they will be lost to you."
— Salem

After the battle at Mistral, Team RWBY is tasked with a crucial mission, so they decide to travel to the closed-off Kingdom of Atlas. However, before they can do so, they must contend with startling new information that could jeopardize the mission. 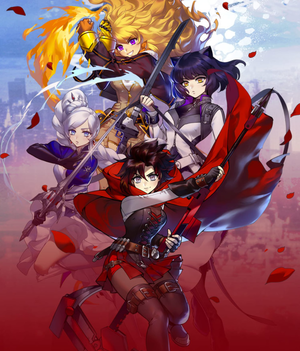 ♫ Trust love
The truth is there but sometimes in disguise! ♫
"Everybody thinks what they’re doing is right, but usually, they’re just looking out for themselves and their secrets."
— Weiss Schnee

With Teams RWBY and JNR finally entering Atlas, they must figure out who are friends and foes as they try forging alliances that can withstand the machinations of Salem's forces. 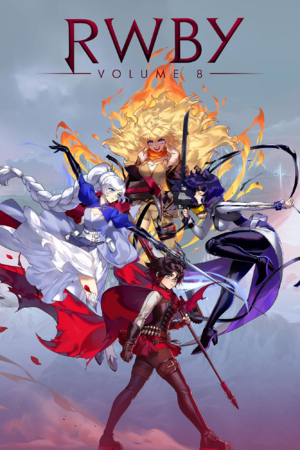 ♫ Sometimes, it's worth it all to risk the fall,
and fight for every life! ♫
"This game is not yours to win, Cinder... it’s mine. Just because you’re more valuable to me than a pawn, does not make you a player. Everything is already in motion. All you need concern yourself with is your ability to act when I tell you to."
— Salem

Salem's faction finally begins to carry out the full extent of their plans as they begin their invasion of Atlas. Teams RWBY and JNR must rescue as many lives as possible and prepare the rest of Remnant for the oncoming war.