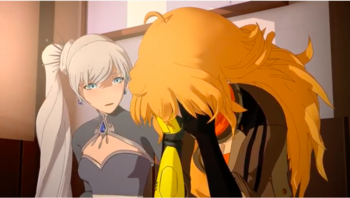 Despite development and growth, things are made tense for Team RWBY in Mistral when Ruby brings up Blake. Meanwhile, in Menagerie, Blake agrees to a nighttime meeting with Ilia.