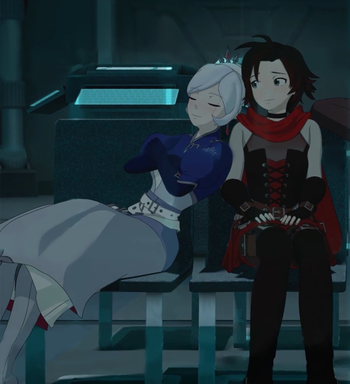 Sometimes, even a strong woman needs a shoulder to lean (or in this case, lay) on.
Advertisement:

With such a dynamic female-centric cast, it's only to be expected that this trope shows up in spades.

Note: Anyone looking for anything about Blake and Yang can find them on the Ship Tease page.