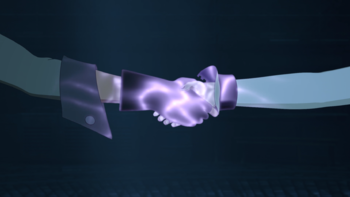 Do you swear to tell the truth, the whole truth and nothing but the truth?
Written by Eddy Rivas, Kiersi Burkhart & Miles Luna
Directed by Connor Pickens
"If we tell them about Salem now, we risk falling to the Grimm before we can reunite Remnant."
— General James Ironwood

How far would you be willing to go to do what's right?

"We’ve all been invited to dinner where the General will be defending his seat on the Council."