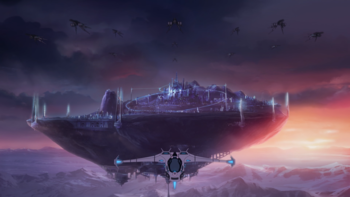 "All I want to know is how we save Atlas next."
Written by Miles Luna, Kerry Shawcross & Eddy Rivas
Directed by Kerry Shawcross
"The single quality that is common across every living creature on this planet... is fear. It’s funny then, that as common as fear is... we so easily underestimate its power."
— Professor Ozpin
Advertisement:

Drastic decisions are made as the heroes and villains fight for the fate of the kingdom, Relics and Winter Maiden.

We still love you, Monty.