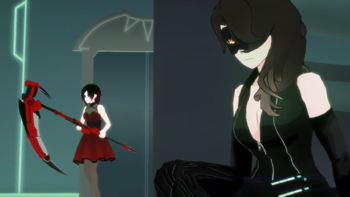 While everyone enjoys the school dance, Ruby and Jaune struggle to fit in. Ruby's problem is solved when she spots a villain that is up to no good while Jaune solves his by honouring a rather unorthodox promise he made.

"Enjoy the rest of the night. After all, it is a party."