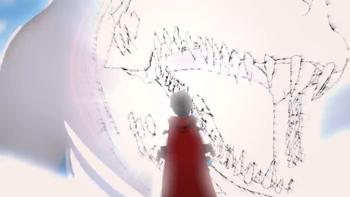 Her spirit is indomitable. And it always will be.
Written by Miles Luna & Kerry Shawcross
Directed by Kerry Shawcross & Connor Pickens
Yang: Was that a giant Grimm?
Weiss: Yes... and we just ruined the only thing capable of stopping it...

A Leviathan has emerged from the ocean depths and now threatens to destroy the city of Argus. With Cordo's Colossus incapacitated, the Atlas Base has little they can do to protect the people.

♫ You may have taken the lead but I'll even the score
You won the battle you won't win the war
Not now and
Nevermore. ♫