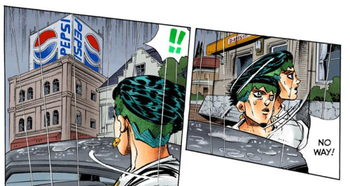 "Of course! A refreshing, ice-cold Pepsi™ is just what I need to track down this Serial Killer!"
Advertisement: