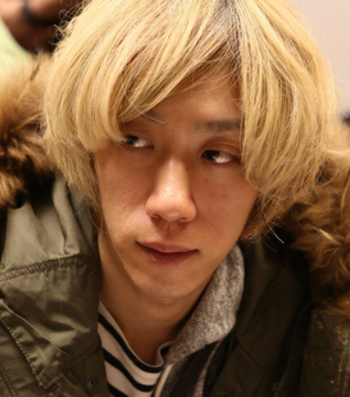 As a child, Asano was very sickly, and tended to be pretty gloomy as a result. He found solace in manga, specifically Tamakichi Sakura's work (Shiawase no Katachi, Manta Nikki), whose depiction of the everyday problems of life had a strong impression on him, inspiring him to become a mangaka himself.

His works are mostly Slice of Life stories (except Nijigahara Holograph, which is Psychological Horror), aiming towards stories of young adults growing up, realizing their places in the big world, dealing with lost dreams and fracturing relationships, and resisting the influence of the adult world on them or exploring what it means to live in the current urbanized, fast-paced and sometimes oppressive modern world. Young, untalented artists (manga artist or rock bands) are frequently the protagonists of the stories, or people who came to Tokyo from the countryside. Though melancholic and sometimes downright depressing, the stories mostly end with a happy and hopeful note, so his works tend to lean towards the idealistic end of the Sliding Scale of Idealism Versus Cynicism, depicting the world as A World Half Full rather than half empty.

The best thing about Asano's work is the contrast of realism and surrealism. Some of his characters' design are highly unrealistic, giving a jarring feeling that is unique among Slice Of Life stories. These elements however are never intrusive, and are often there in order to further highlight the realism of other things, or to signify that life can be strange sometimes. Whatever the reason, the surrealist touch is probably what makes Asano's work stands out from the rest.

Another celebrated feature among Asano's works is the scenery artwork. Asano uses Silent Scenery Panel very, very frequently, and his scenery artwork is extremely detailed and realistic, with amazing lighting, allowing him to make the simple cramped urban setting become Scenery Porn, highlighting his message that the world can be beautiful if you look at it from another perspective. His character design, aside from the frequent Non-Standard Character Design, is also fairly realistic and detailed as well, probably not the most realistic, but quite close to the most realistic thing you can do with character design while still being faithfully a manga.