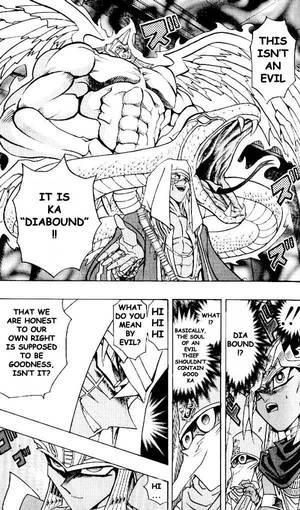 THIS ISN'T AN EVIL GUYS
Miura: It's definitely a serious scene, where he's really angry, and it would otherwise be cool... but with an otter...
Hattori: Do you think Hiramaru-kun was going for laughs?
Miura: I can't tell...
Mashiro: Hiramaru-san was serious, but we laughed anyway.
— Bakuman。
Advertisement:

Just like their anime cousins, Narm may occasionally creep into the pages of your favorite (or not-so-favorite) manga series.

Manga with their own Narm pages.