A Spanish guerrilla leader during the Peninsular War whom Thibaud wants to kill. 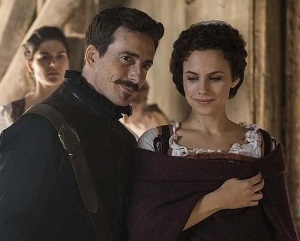 The Squee! is strong in Amelia.
Played by: Víctor Clavijo
"I don't know how he wrote so much if he spent his whole life fucking."
—Julián Martínez

One of the most famous Spanish poets in the Golden Age. He was a soldier and a womanizer too. The trio must stop his enlistment in a wrong Spanish Armada ship to prevent a future death. 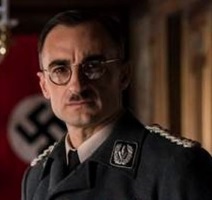 Hitler's The Heavy and SS Commander who is visiting the Catalonian Montserrat Abbey, searching for a certain "Holy Grail" (actually a time door). 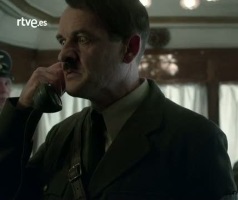 The German dictator and leader of the National Socialist Party from 1933 to 1945 who is having a meeting with his Spanish counterpart in Hendaye, France and sends Heinrich Himmler to find supernatural weapons.

The Spanish dictator from 1939 to 1975 that caused a civil war. He is on his way to meet Hitler in the Franco-Hispanic frontier in Hendaye to discuss if Spain will enter the Second World War. 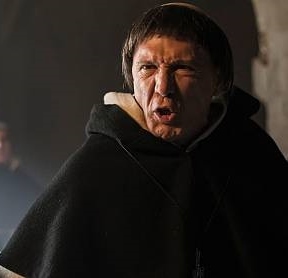 "I decide who burns HERE!"
Played by: Juan Gea

The supreme inquisitor who sentenced rabbi Levi to death in 1491 and looks very much like Ernesto...

Queen Isabella I of Castille 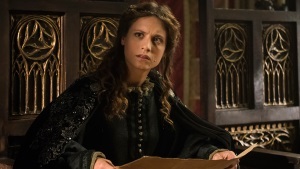 Played by: Michelle Jenner
"I swear I met her before."
—Julián Martínez

The queen who re-conquered and united Spain after a long period of Muslim dominion in the southern part of the country in 1492, and helped Christopher Colombus to sail to America. Oh, and she also founded the Ministry of Time and is the heroine of her own TV Series. 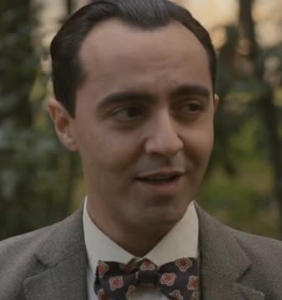 The famous homosexual poet and playwright from Granada and a central representative of the "Generación del 27" cultural movement that tragically died in the Spanish Civil War. He appears in the same dreams that of Julián, being the start of a short but deep friendly bond.

The man who will become one of Spain's most important filmmakers of all time. He wanted to be an engineer in his college days. 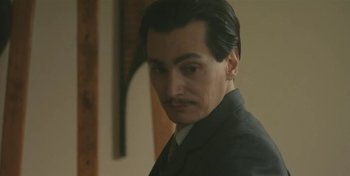 The artist who would become well-known for his surrealist paintings and crazy mustaches. 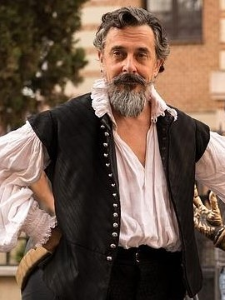 The famed novelist and playwright from the early 17th century, best known for Don Quixote. 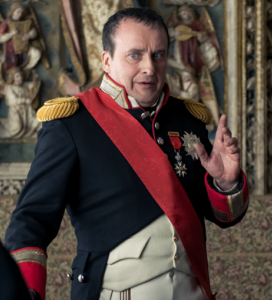 The Emperor of France, who comes to the abbey of Santa Clara de Tordesillas during The Peninsular War. 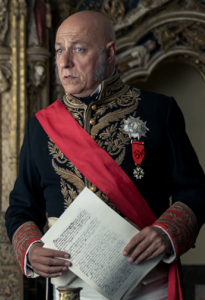 Napoleon's second-in-hand during his visit to the abbey. He has caught an eye to the handsome Pacino when posing as a priest. 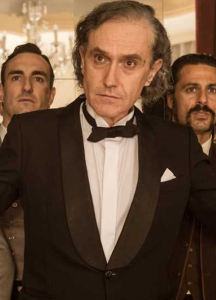 The uber-famous illusionist and stunt performer. He appears in Season 2 when he calls Joaquín Argamasilla to United States in order to test his supposed supernatural powers.

Enriqueta Martí i Ripoll, aka "The Vampiress of Raval" 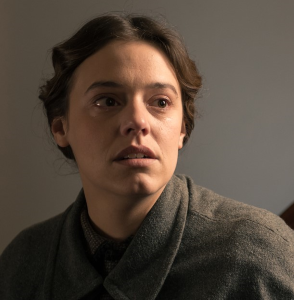 "Miss Folch, I've done something terrible."
As the "Vampiress of Raval" 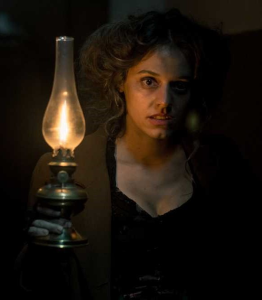 Enriqueta was the housemaid of the Folchs and was in good terms with Amelia. But after Amelia found her stealing the silverware to pay her mother's medical treatment, she was fired. Enriqueta followed Amelia to the Ministry and found out about her future: that she will be the child abducter and killer "The Vampiress of Raval". 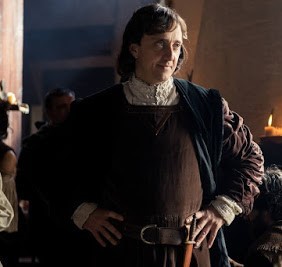 The man who found America himself. He meets Lombardi and his merit of discovering the New World is taken. 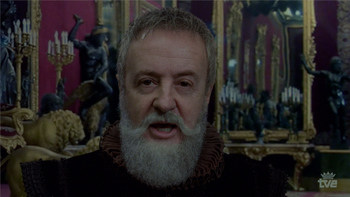 "The Armada will set sail again... and this time it'll be victory."
Played by: Carlos Hipólito (Episode 21), Jorge Clemente (Episode 37)

King of the Spanish Empire in the 16th century. After the Spanish Armada's defeat, he decides to use the Ministry of Time to correct his mistakes.

Earlier in his reign, as Consort King of England, he seeks to secure his wife Mary's reign by having a heir to the English throne with her and helping her gain the Englishmen's loyalty. 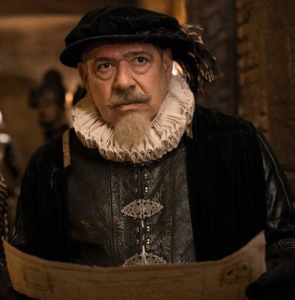 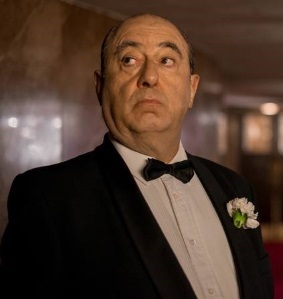 The famed master of suspense. The British director is at the 1958 San Sebastián Film Festival to present his newest feature, Vertigo, unbeknownst to him that the Russians want to kidnap him.

One of the most well known Spanish romantic writers. He travels to Trasmoz and meets the mysterious "witch" Mencía, and both fall in love... something that never happened in Real Life.

The man who will free South America from Spain... but for now is a young boy madly in love with Teresa del Toro, the woman history says will be his wife, if he figures out a way to win her heart. 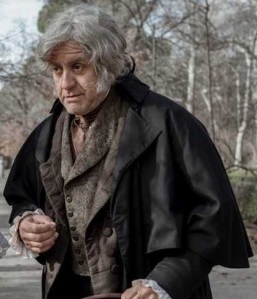 The famed painter from the first half of the 19th Century.

The second most powerful man in the 1799 Spain as the King's favorite. He comissioned the "La maja desnuda" painting to Goya, and won't stop until he gets it. 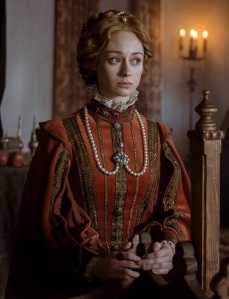 The Duke of Lerma

The chief minister of the court of Philip III.

A Spanish sailor who was enslaved by the Maya and became a respected warrior for them.