The primary human protagonist, having been in the role in both of the My Little Pony TV Specials and My Little Pony: The Movie (1986) before making the trip to the show. Megan is a farm girl who was accidentally recruited by an overeager Pegasus named Firefly to fight the monstrous Tirek, and regularly returns to Pony Land to help her equine friends.

Megan's little sister and the youngest of the farmkids. Due to their similar age, she gets on best with the Baby Ponies (and, to a lesser extent, the more childish adult ponies).

Megan's brother, the middle child of the family.

First appearing in the movie, Magic Star is the unquestioned leader of the Dream Valley ponies.

A cheerful Unicorn who has the power to spurt bubbles of varying sizes and density out of her horn.

The smartest and most logic-driven of the ponies, her intelligence is useful, but she has problems with alienating her more emotion-driven friends.

A maternal and caring pony who takes it upon herself to look after the various Baby Ponies.

An unabashed romantic who dreams of finding herself a "Prince Charming" to be with some day.

A fun-loving, mischievous pegasus who is constantly running/flying around all over the place. She enjoys making others laugh, playing games, and especially likes playing tricks or otherwise surprising people.

An exuberant Earth Pony whose favorite food is gingerbread.

A book-loving Pegasus who particularly enjoys telling stories to the other ponies, adults and babies alike.

A shy and retiring pony who loves to garden.

A group of small, butterfly-winged fairy-ponies who wield powerful magic of their own. Though seperate to the pony society and living in their own hidden village, they are often sought out for help against powerful hostile magic.

A group of infant sea ponies who have been left under the care of the ponies of Dream Valley.

The Witches of the Volcano of Gloom 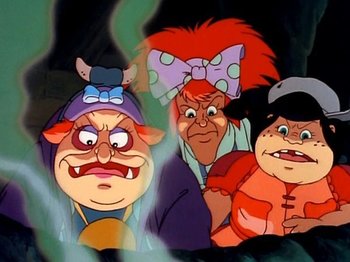 From left to right: Hydia, Dragle and Reeka.
A family of three evil Witches who dwell in a nearby volcano. The matriarch Hydia hates the ponies and wants to drive them from the valley, but to her exasperation the only help she has are her less-than-competent daughters, Reeka and Draggle. First appearing in The Movie, they attempt to drown the valley in a grotesque Blob Monster called the Smooze, and afterwards try to take revenge on the Flutter Ponies with assistance from the bees of Bumbleland. 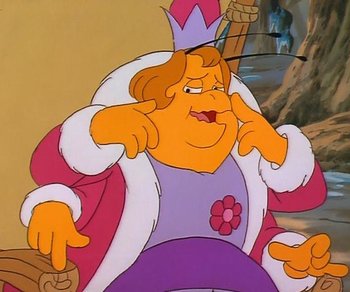 Queen of the Hive
A bloated, arrogant, narcissistic bee queen whose greed leads her to conquer the homeland of the Flutter Ponies in the first story arc, with the aid of the Witches of the Volcano of Gloom. 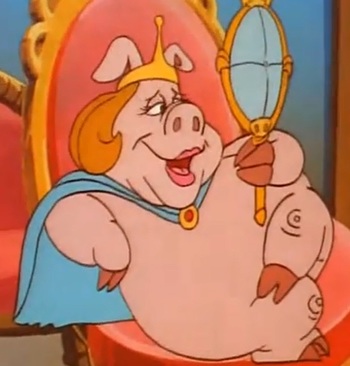 "Look at me!"
A vain and somewhat scatterbrained porcine sorceress. She inadvertently threatens Dream Valley when she uses her magic cloak to begin transforming everything into glass so that she can have more mirrored surfaces to admire herself in. Porcina repents when she realizes she's actually hurting people and changes everything back. 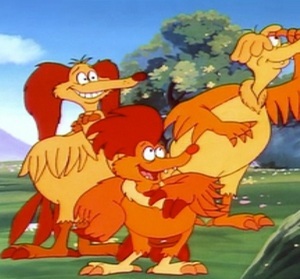 "First I'm going to turn you all into glass, then I'm going to shatter you one by one"
Porcina's birdlike lackeys, the Raptorians prove to be much smarter than their boss, with much more dangerous schemes. 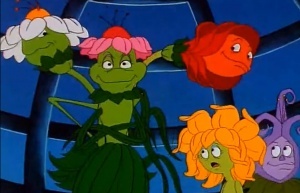 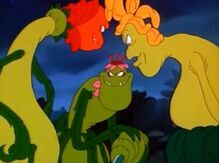 Their True Forms
A band of malevolent plant entities who escape from their subterranean prison during the episode "The Fugitive Flowers". In their dormant state, they look like cute, pretty flowers, but they can suck the life out of the ground, killing everything else planted there to grow into hulking monsters. They manipulate Posey and the other ponies into protecting them against their captors, the Crabnasties, and then devour Posey's garden to go on a rampage. Finally, they get imprisoned again. 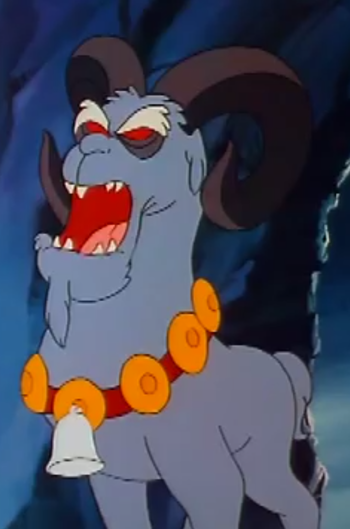 "Today, Dream Valley. Tomorrow, all of Ponyland"
An Evil Sorcerer ram who rules as an unmitigated tyrant over the Brigadoon city of Tambelon. For tropes about his G4 counterpart, see Friendship Is Magic: Major Villains. 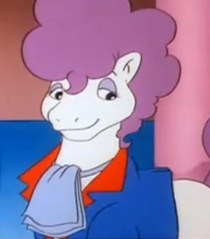 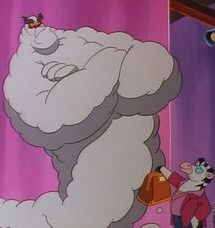 "There's Nothing Quite Like Shadows!"
A shadow-eating cloud demon and his zebra minion. 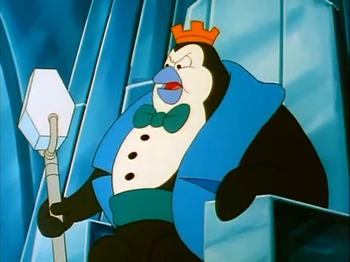 A penguin who has the magical ability to launch freezing Eye Beams. Disdaining any being who cannot survive the cold like his penguins can, he attempts to freeze the entire valley to drive away or exterminate anyone who cannot withstand the Endless Winter, granting his people superiority over all. 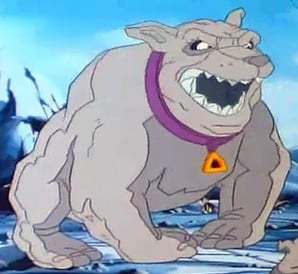 A monstrous canine earth elemental that despises anything "soft", he goes on a rampage seeking to petrify the entirety of Dream Valley. 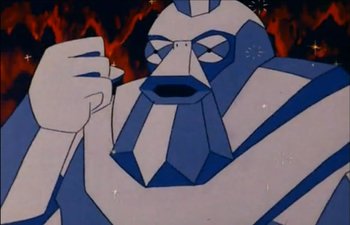 "I have become the most powerful being on Ponyland!" 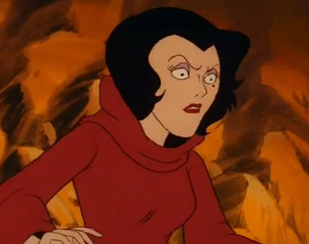 Yes, she was a human in G1
An old sorceress, who drains the life-force of living beings through their dreams to retain her youth and power.
My Little Pony Others

An infant dragon who was originally a prisoner of Tirek. Even after Megan defeated the monster and his friend Scorpan returned to his own kingdom, he chose to stay with the ponies in Dream Land.

Round fluffy creatures who roam the valley in large packs. Friendly by nature, they're amongst the ponies' recurring allies.

Queen Bumble's original chief warrior and defender, he objected to her conquest of Flutter Valley and eventually turned against her, defecting to join the ponies.