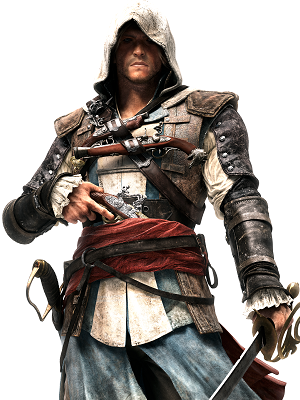 "For years I've been rushing around, taking whatever I fancied, not giving a tinker's curse for those I hurt. Yet here I am... with riches and reputation, feeling no wiser than when I left home. And when I turn around, and look at the course I've run... there's not a man or woman that I love left standing beside me."

The father of Haytham Kenway and grandfather of Connor, Edward was born to simple parents, and always struggled against his lower-class heritage, especially when he married Caroline, who was a member of high society. He decided to go privateering in order to gain money for the family and prove to himself that he was worthy of her. In the course of his travels he met Blackbeard, Benjamin Hornigold and Charles Vane, and started the Pirate Republic of Nassau with them.

Things really started for Edward, however, when his ship is attacked by another helmed by an Assassin. Both sink, and he eventually chases and kills the Assassin. He dons his robes and sets out for Havana to claim his reward, starting a chain of events that'll affect everyone in the Caribbean Isles... 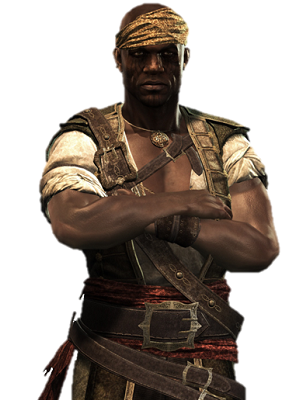 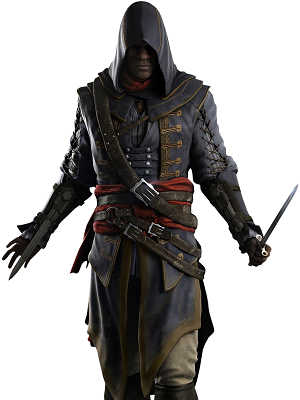 "When I became an Assassin, I swore to leave piracy behind, but the old methods have served the Creed more than once."

The Quartermaster of the Jackdaw and Edward's right-hand man. He learned of the Assassin Order through his work with Edward, and eventually left a life of piracy behind to join the Assassins. He is the main character in the single player DLC, Freedom Cry. 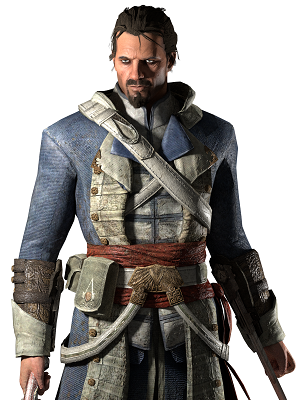 An Assassin-turned-Templar that dies by Edward's hands and inadvertently sets him off on the whole adventure. 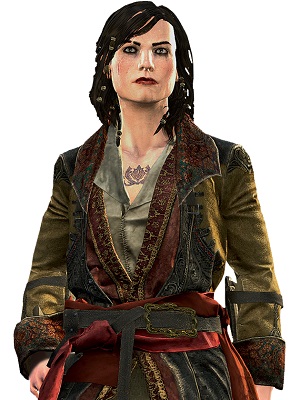 "We're Assassins and we follow a Creed, aye. But it does not command us to act or submit... only to be wise."

A teenage boy, supposedly the bastard child of notorious pirate William Kidd, and one of the founders of the Nassau pirate republic, along with Kenway, Thatch, and Hornigold. He's also a close friend of Edward's and a member of the Assassins. 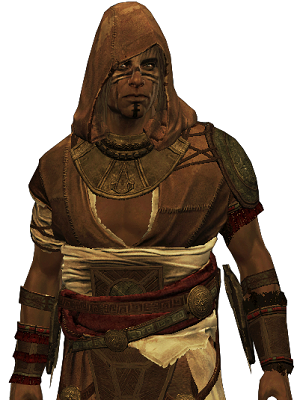 "From within and without come enemies and allies alike. Nothing in life is guaranteed, except surprise..."

A Mayan and the current Mentor of the Assassins in the West Indies. 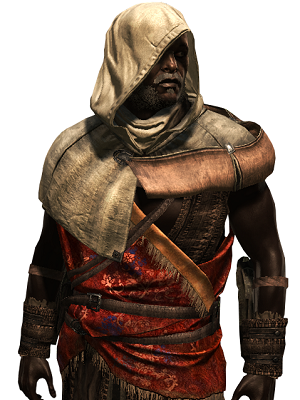 "All affairs of freedom are Assassin affairs."

A Maroon Master Assassin who runs the Assassin Bureau in Kingston. 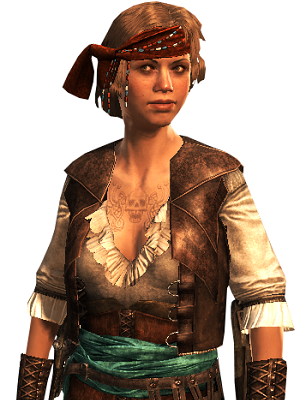 A Scottish Master Assassin who runs the Assassins Bureau in Havana. She knew Edward from before he discovered she was an Assassin. 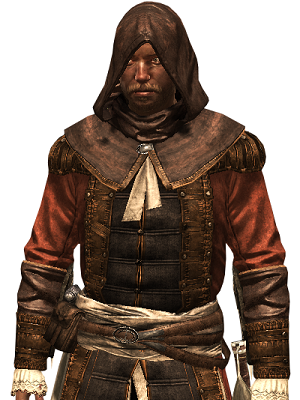 "Vance. He said he would kill me. I thought it was bluster. He is my brother. Despite what you told me, I thought it meant something."

A Master Assassin who runs the Assassins Bureau in Nassau alongside his brother. 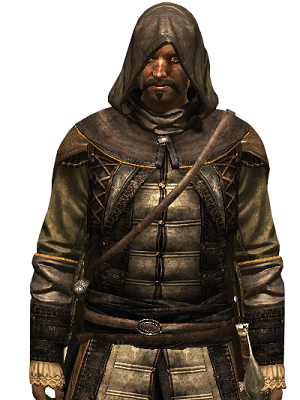 "I'll tell you this: I will marry her. I will kill you if I must, I will have your half of the map. And then the world will see which brother has more honour."

A Master Assassin who runs the Assassins Bureau in Nassau alongside his brother. He has fallen in love with a Templar Chinese pirate and sets Edward on his brother. 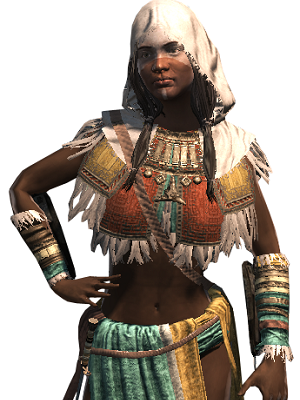 "There are those who say the Taíno are already extinct. But we will never be extinguished. Our fight continues."

A Taino Master Assassin who leads the Assassins in the Cayman Islands. She enlists Edward's aide in hunting down the Templar Lucia Márquez.