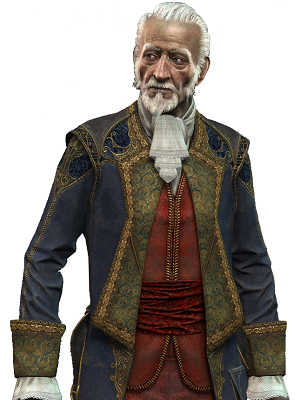 "Let us find the Observatory together. For with its power, kings will fall, clergy will cower, and hearts and minds of the world will be ours."

The Spanish governor of Cuba, and a Templar Grand Master. He is hunting for The Sage and the Observatory, a First Civilization ruin that would allow him to spy on anyone in the world. 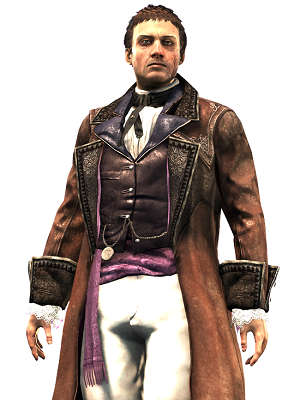 "Soon all the monarchies of the world will be obsolete. And when that day comes, men like Torres and myself will reveal ourselves as the architects of their undoing."

An English privateer and first Royal Governor of the Bahamas. Sincerely prefers diplomacy to violence, with his favored solution to the piracy problem being to offer them the King's Pardon in exchange for them laying down their arms (with the understanding that those who don't take the offer will be at the mercy of the King's Navy). 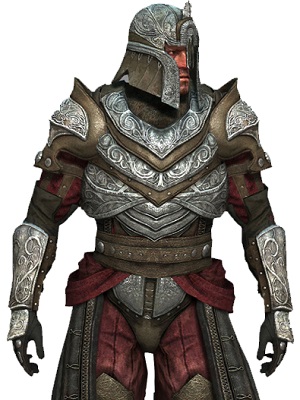 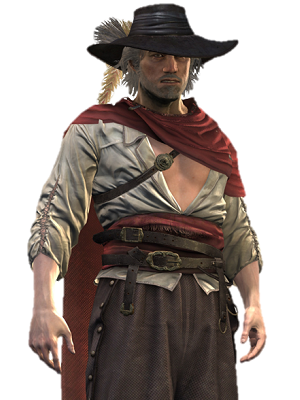 "Guns, blades, cannons, grenades. Anything that may kill a man, I am happy to provide."

A French arms dealer for the Templar Order operating out of the West Indies. 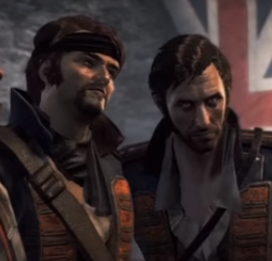 John Cockram and Josiah Burgess were a pair of pirates, close friends, and confidants of Benjamin Hornigold. They engaged in piracy for a few years prior to 1718, until they accepted the British Crown's pardon after Woodes Rogers' arrival on Nassau and became a pair of pirate hunters.

Both were killed by Edward Kenway in 1719 on the island of Príncipé, on the coast of west Africa, in an attempt to rescue Bartholomew Roberts.

"What a pity, we could never fight together on the correct side of things."

A British aristocrat, his interest in explosives and affable nature earned him connections in military school that brought him to the attention of the Templars for recruitment. Flint was entrusted with one of the keys to the Templar armor and assigned to hunt down and kill Rhona Dinsmore, the head of the Assassins in Havana.

For tropes regarding his multiplayer persona The Navigator, refer to that character sheet. 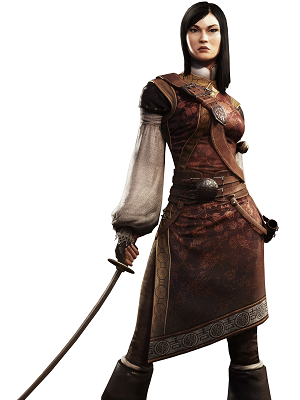 A Chinese Templar, Lang married a Qing Dynasty General and became a skilled diplomatic advisor until a regime change forced her to flee China and become a pirate. She is later assigned to guard one of the Templar armor keys, as well as destroy the Assassins in Nassau and retrieve a map that the Travers brothers have in their possession.

For tropes regarding her DLC multiplayer persona The Orchid, refer to that character sheet 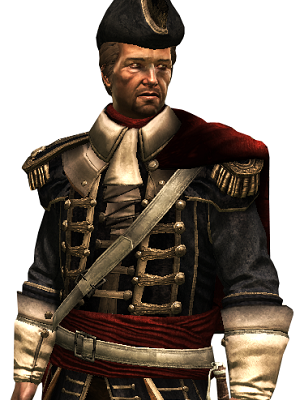 A British military officer who joined the Templar Order to bring order and discipline to the world. He came into conflict with Antó, the leader of the Maroons and Assassins in Kingston. 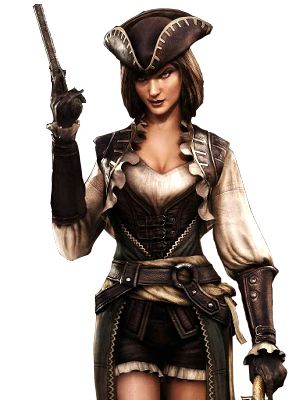 "My father saw such potential in these islands. Gold... industry... freedom... all of it squandered. You have not a clue how to use it. He could have brought you wealth."

A Spanish orphan, Lucía supported her sisters by becoming a master thief. After a failed attempt to steal a horse from a high-ranking Templar, she was recruited and given advanced training to become one of their best agents. She holds one of the keys to the Templar armor, and is assigned to route out the Assassins in the Cayman Islands.

For tropes regarding her multiplayer persona Lady Black, refer to that character sheet.