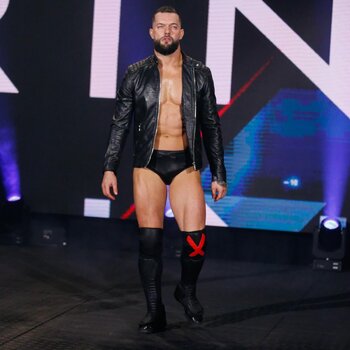 The Prince is back.
Click here to see Bálor in his Demon King form 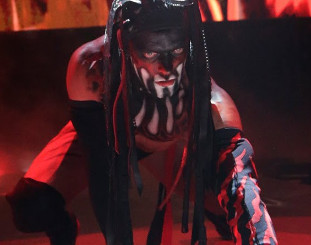 Trained by Andre Baker, Fergal Devitt (born July 25, 1981) is an Irish professional wrestler best known for his work in New Japan Pro-Wrestling under the ring name Prince Devitt, where he was a former three-time IWGP Junior Heavyweight Champion and six-time IWGP Junior Heavywight Tag Team Champion. He was one of the major members of Bullet Club before re-turning face his last night in the promotion. He would then go on to sign into the WWE, where he would wrestle in its developmental division NXT under his current ring name Finn Bálor. He was selected by Raw during the 2016 draft and became the first ever WWE Universal Champion at SummerSlam, defeating Seth Rollins. Following an injury that forced him to vacate the title the night after winning it, Balor would go on to have an unremarkable few years with the company before finally receiving another high-profile push in late 2018, culminating in his winning the Intercontinental Championship at Elimination Chamber 2019.

But that only bought him a few months - along with a short feud against Brock Lesnar for the Universal Championship that he never lost - and it wasn't long before Finn found himself adrift again. A return to his stomping grounds of NXT plus a Face–Heel Turn back into his "Prince" persona have shown him capable of great things again. He became a two-time NXT Champion

while he was there, putting away serious competition from Adam Cole, Pete Dunne, Timothy Thatcher, and Kyle O'Reilly, but fell victim to Karrion Kross. He returned to the main roster on July 16th, 2021 on Smackdown, making the swap back to Raw early the next year and securing his first United States Championship shortly afterward.

Among other the enterprises he earned title belts in are NWA UK Hammerlock, Revolution Pro Wrestling, Insane Championship Wrestling and CMLL.

open/close all folders
General
As Prince Devitt
As Finn Bálor