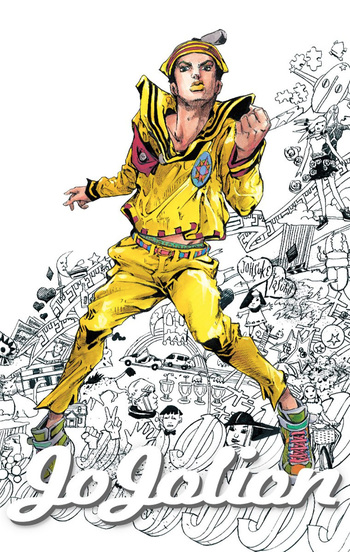 JoJolion (ジョジョリオン) is the eighth part of the JoJo's Bizarre Adventure series and the longest, running from May 2011 to August 2021. It is preceded by Steel Ball Run and succeeded by The JoJoLands.

One day, university student Yasuho Hirose discovers a young man with amnesia (and four testicles) buried in the ground near the Wall Eyes and resolves to help him discover his identity. After an apparent false lead regarding a ship's doctor named Yoshikage Kira who they discover has died, Yasuho nicknames the man Josuke and pulls strings to get him temporarily adopted by the influential Higashikata family.