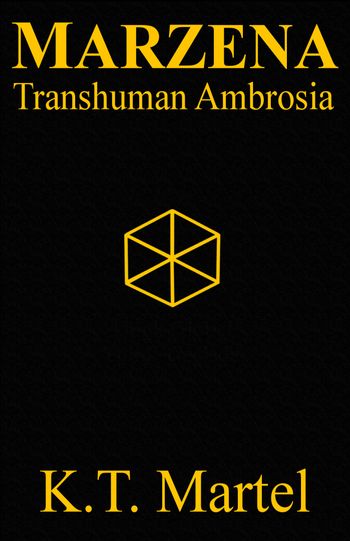 Is this a Star? A Nuclear Bomb? A Cube? ARG! MY BRAIN IS GOING CRAZY IT WON'T STOP CHANGING!
"Why? Why? Why? People buy the WHY, not the what. They buy the chicken, not the skin."
— Marian H. Volkolov, MARZENA: Transhuman Ambrosia
Advertisement:

MARZENA is a Psycho-Techno novel series by K.T. Martel featuring a ring of women spies caught in the middle of Cold War II and set in the 2030s.

The book series so far consists of: