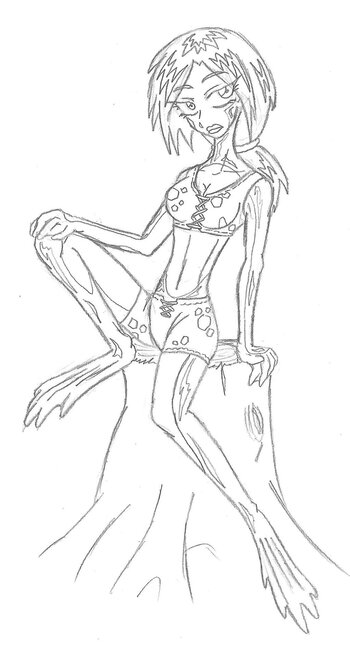 is a W.I.T.C.H. fanfic by Eduard Kassel.

Sometime after the end of the canon series, Prince Phobos escapes imprisonment and goes after a magical tome which he believes will help restore him to power. During the resulting battle with the Guardians, Will is exposed to the book's power and finds herself in Meridian's past, powerless, transformed, and de-aged. Convinced that it's a trick on Phobos' part, she adopts an alias and carefully plays the role of a strange outsider, even as she's dragged into the politics of the realm. And meanwhile, far more powerful forces are keeping a close eye on her developing situation.

Is now complete, with a sequel called Stirred

currently underway that covers events as the timeline catches up with the canon series' timeframe.

Tropes in these stories include: