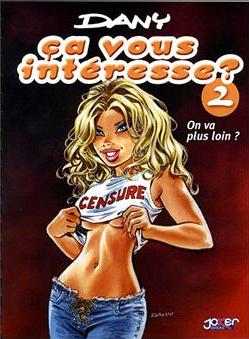 If you wondered where the "red ears" came from...
Advertisement:

Red Ears is a Sex Comedy gag comic. The jokes are almost never original material, but mostly bawdy comedy you probably heard before on the playground, in the office or in bars. Expect every possible sex cliché to turn up in this comic strip, from adulterers hiding in the closet to black guys having bigger penises than other races.

It's one of the best selling comic book series ever and a veritable Cash Cow Franchise, inspiring calendars, magazines and animated cartoons.