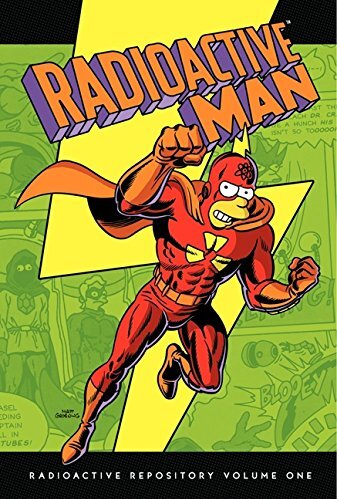 "Up and atom!"
Advertisement:

Radioactive Man was a comic series published by Bongo Comics. It started as a miniseries that ran from 1993 into 1994, with another series lasting from 2000 to 2004. It's based on the Radioactive Man comics seen in The Simpsons, and are used to parody the long history of superhero comics.