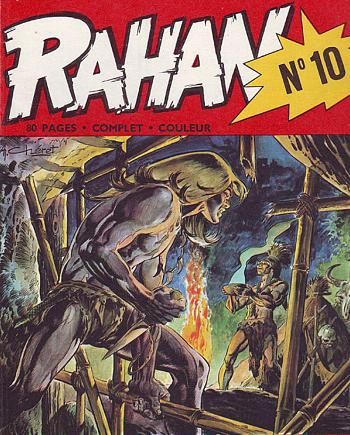 Rahan is a Franco-Belgian School comic following the adventures of Rahan, a prehistoric caveman who wanders the earth, encountering a wide variety of tribes and challenges on his way.

Wherever he goes, Rahan carries his trademark ivory cutlass, and his collar — one comprising five claws, each one representing a virtue he tries to live up to: courage, loyalty, generosity, resilience, and wisdom. Nearly Once per Episode, Rahan figures out a new primitive technology to deal with with this issue's challenge.