Rikkai Daigaku Fuzoku, better known as Rikkai or Rikkaidai, is considered to be the best middle school tennis team, having won the Kanto Tournament for 15 years straight and the Japanese National Tournament for the last two years. They aim for perfect wins in the matches and attempt to win for the third year in a row, and to reach said goal they subject themselves to a borderline militaristic discipline as well as Training from Hell. The three leaders are Captain Yukimura, Vice-Captain Sanada, and Treasurer Yanagi and together, they're known as "The Three Demons". However, there's an unexpected factor to consider: Yukimura's health has taken a sudden nosedive, therefore there's extra pressure on them this time... 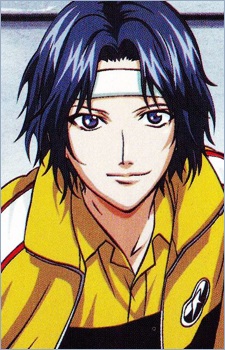 Yukimura Seiichi is the captain of Rikkaidai. He is called "The Child of God" due to his strength on the tennis court. Despite his strength, he has a very frail and feminine appearance, and he is very friendly to others outside of the court. However, he is very strict with his team when he is acting as their Captain, and while he is playing, he refuses to lose. However, in the final of the National Tournament, he is defeated by Echizen Ryoma after activating the last door of the Muga no Kyouchi/State of Self-Actualization. He is hospitalized for much of the series due a neurological disease, which leaves him with a fifty percent rate of living, but undergoes a successful surgery and rehabilitation during the Kanto Tournament and was able to participate in the National Tournament. 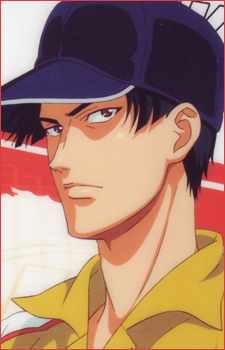 Sanada Genichirou is the vice captain of Rikkaidai, known as the "Emperor", who fills for Yukimura in Singles 1 during his hospitalization. He comes from a very traditional family, is stern and noble, plays with honor, and expects the best from himself and his teammates. When his teammates don't live up to his expectations, or act in a way that brings shame to their team, Sanada will hit them. Sanada practices kendo and combines it with his tennis techniques. His main rival is Tezuka, who he lost to despite being the runner-up to Yukimura in the Junior Tournament, and vows to train and defeat him. 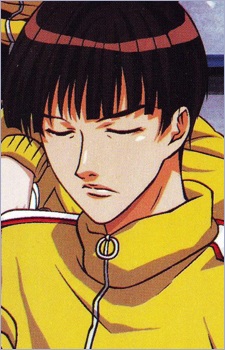 Yanagi Renji is known as the Data Master. Yanagi usually plays in singles, but sometimes in doubles. He is the friend and former doubles partner of Sadaharu Inui, having been known as the "Professor." He keeps his eyes perpetually half-closed just as Inui hides his eyes behind his thick glasses. He is Inui's rival in using Data Tennis, having taught Inui in the first place. 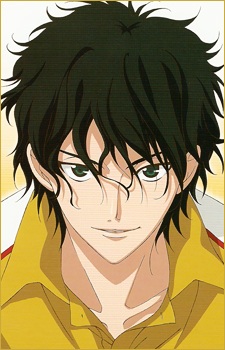 Kirihara Akaya is the youngest and only second year student in the Rikkaidai line-up, thus earning him the title "Second Year Ace." He joined Rikkai because he heard the school had a very strong tennis team, but his hopes were quickly crushed by the Three Demons. He usually acts childish and friendly, though he is actually very violent on the court, often causing serious injuries that require hospitalization. He reforms in the anime after being beaten by Fuji, (though he retains his nature in the manga) but in the nationals, he returns to his violent playing style, severely injuring Inui. While under high pressure or after sustaining injury, the whites of his eyes turn red, becoming bloodshot, and his power, skill, and speed increase. He becomes much more violent while in this state. Later, he develops a Devil Mode, which turns his skin red and his hair white. His bloodlust and destructive power are greatly enhanced, and he solely focuses on crushing the opposing players using violent means. This turns out to be detrimental to his health, prompting Yanagi to beg Shiraishi - as the one who controlled Tooyama Kintaro - to save Akaya. He does. 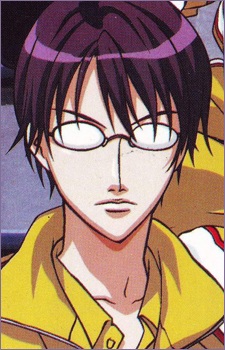 Yagyuu Hiroshi is known as "The Gentleman" for his polite demeanor. He is a very tenacious player, because despite of his calm and composed appearance, lies a strong desire to win at any game. 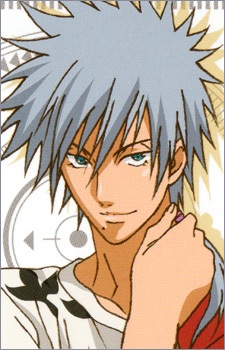 Niou Masaharu known as "The Trickster", is able to completely copy the techniques and play style of other players creating the illusion his opponent is facing another person. It isn't perfect, as there are moves that he cannot copy and he is limited by his own physical abilities. He often copies his doubles partner, Yagyuu, to confuse their opponents. He can predict the moves of his opponents up to ten steps ahead. 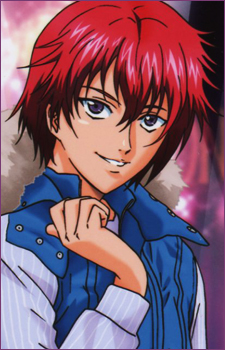 Marui Bunta is a volley specialist and plays doubles with his friend Jackal Kuwahara. Despite wearing arm weights during matches, he has stamina issues, so he overdoses on sugar by always eating cake before matches and chewing gum, even when he plays tennis. Jiroh Akutagawa of Hyoutei idolizes Marui and bases his style off of Marui's style, following a game they played in the Newcomers Tournament when they were both first years. 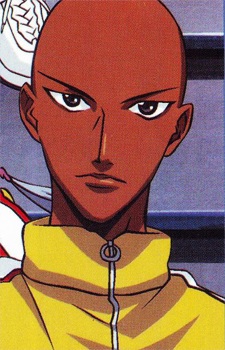 Jackal Kuwahara is half-Brazilian and is known as the "Iron Wall of Defense". He also typically acts as a look out and chaperone-of-sorts for Rikkai's ace player, Kirihara Akaya, and at times takes responsibility for the sophomore's actions.