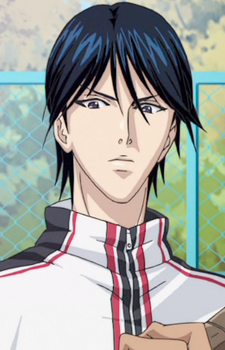 Kazuya Tokugawa is a High School 2nd year participating in the U-17 camp. One year ago, he was beaten by Byoudouin and has had to crawl his way back up from the Loser. Even though he's quite taciturn, he is unexpectedly quite caring of his upperclassmen. 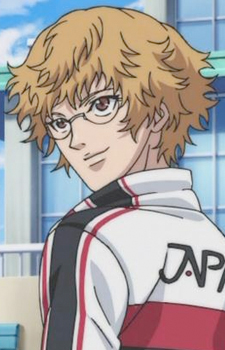 Kanata Irie is introduced as a 3rd year High School Student. He was originally the leader of the 3rd Court. The rest of the camp acknowledge him to be amongst the strongest in the camp despite not being in the 1st Court or a 1st Stringer as it is revealed it is his own choice to stay in a lower court, similar to how Oni Juujiro is much stronger than the court he stays in. 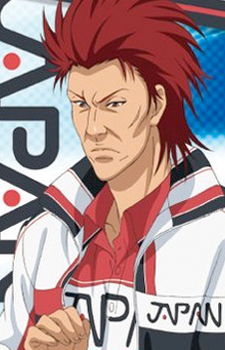 Oni is a High Schooler first shown in The New Prince Of Tennis and he is amongst the best Japanese school tennis players shown in the series. He is known as "The Gatekeeper from Hell". 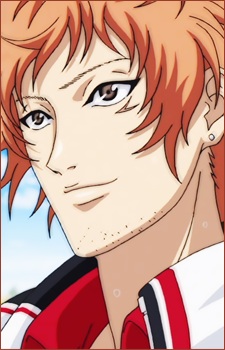 Yamato Yuudai was the captain during Tezuka's freshman year. He talks Tezuka into staying in the tennis club as Seigaku's pillar of support, calming him down when he was on the verge of quitting after being injured. Eccentric, insightful, and gentle, Yamato has a unique way of explaining things that even Sumire Ryuuzaki has trouble understanding. He continued to help the tennis club after graduation; in the anime, coach Ryuuzaki asks him for his guidance when they go to a training camp to prepare for the Kantō conference final against Rikkaidai. 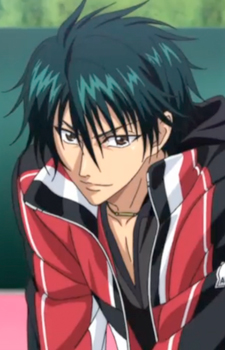 Echizen Ryoga is a high school tennis player not mentioned in The Prince of Tennis, first appearing in The Prince of Tennis - The Two Samurai: The First Game, later appearing in an OVA in New York in which Ryoma spots him training. According to his bio, Ryoga is Ryoma's half-brother, who was living with the Echizens after his original mother died, and then moving with his aunt.

In The New Prince of Tennis, Ryoga returns from America as Japan's No. 4-ranked U-17 representative. 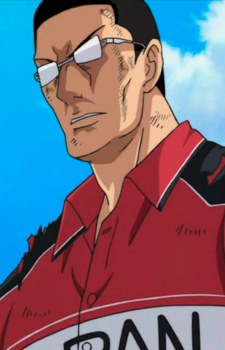 Sotomichi Nakagauchi is a 3rd year High Schooler known as "The Robot" participating in the U-17 camp. 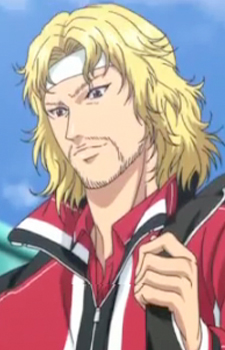 Byoudouin Houou is introduced at the U-17 Camp and he is the Number 1 ranked Youth Representative of Japan, which marks him as Japan's best U-17 player. He is the leader of the First Returning 1st Stringers, who have just returned from an Overseas Expedition. They get back to the camp to be welcomed back by the news that middle schoolers have joined the camp and witnessed them defeat a number of the Top 20. He decides to allow the inclusion of middle schoolers on the list of challengers for their places. It is also known that he utterly defeated Kazuya Tokugawa in the previous year. 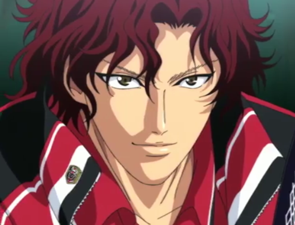 Moori is a 1st year high school student, and a recent graduate and OB of the Rikkaidai tennis team that won the Nationals a year before the storyline. Introduced as the No.10 of the All-Japan Juniors, together with 3rd year former Hyotei Academy captain No. 9 Ochi Tsukimitsu, they are the Super High School Doubles Specialists. 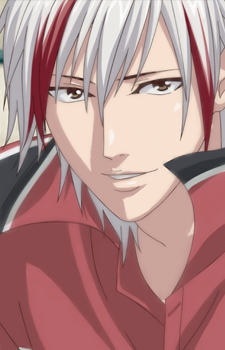 Ochi is a 3rd Year High Schooler introduced as the No.9 of the All-Japan Juniors being known as the High School Doubles specialists along with Doubles partner Moori Juzaburou;, together as the Super High School Doubles Specialists. He was the Captain of Hyotei Academy and took them to the Nationals three years prior to the storyline, one year before current Hyotei 3rd years Atobe Keigo, Shishido Ryou, Mukahi Gakuto, Akutagawa Jiroh; and Oshitari Yuushi began attending their 1st year at Hyotei. 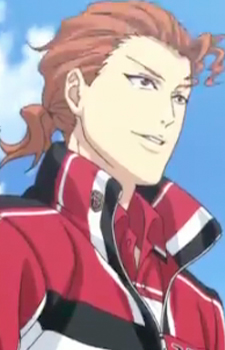 Hara was Shitenhouji's captain during Shiraishi Kuranosuke's 2nd year. He is known as one of Shitenhoji's Legendary Captains along with Taira Yoshiyuki, who was the captain the year before him when Shiraishi and Oshitari Kenya were in their freshman year.

He is the captain that led Shitenhoji to the Nationals the year before Seigaku won. However for unknown reasons, Hara decided to retire from club tennis in the Spring of last year, meaning he didn't captain his team to that Nationals. He is currently a high school 1st year. 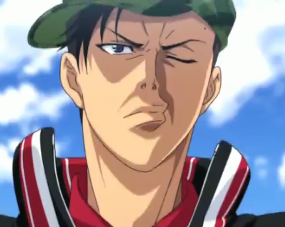 Taira Yoshiyuki is a 2nd Year High Schooler and also an U-17 Camp Representative Candidate for Japan. He went to middle school at Shitenhoji and was the Captain of the Tennis Club during Shiraishi Kuranosuke and Hitoji Yuuji 's freshman year. He always plays tennis while wearing a cap. He is somewhat unserious on the court as he as a habit of pulling funny faces on the court while playing hence the nickname. He along with Hara Tetsuya are known as the Legendary Captains of Shitenhoji. He tends to also make jokes while playing.

He is the captain that led Shitenhoji to the Nationals the year before Seigaku won. However for unknown reasons, Hara decided to retire from club tennis in the Spring of last year, meaning he didn't captain his team to that Nationals. He is currently a high school 1st year. 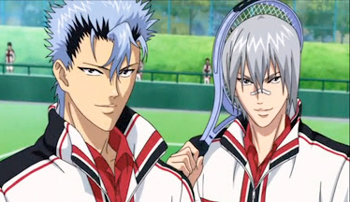 Issa Washio and Suzuki Shun are introduced as the most capable doubles pair of the 2nd Stringers in the U-17. Together are among the very few doubles pairs that can achieve the renowned doubles technique Synchro. 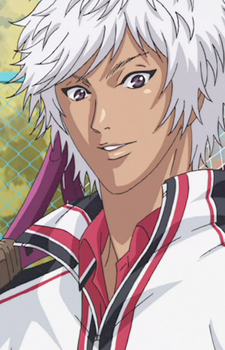 Tanegashima Shuuji was first believed to be just another strong 2nd Stringer in the U-17 Training Camp. However, it is revealed that he was a member of the 1st Stringers and the No.2 of the All-Japan Junior Representatives upon the rest of the Genius 10's arrival. He did not go with the team on their foreign expedition due to his hatred of airplanes. 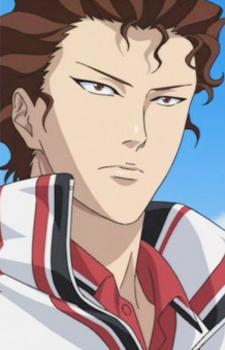 Migihashi is introduced as a 2nd Stringer High Schooler in the U-17 Camp as the strongest member and leader of the 2nd Court in the anime. In the manga, he is only listed as a player who is initially selected to go against the 1st Stringer's Top 10. It is said that players are unable to get points from him on his right side of the court. 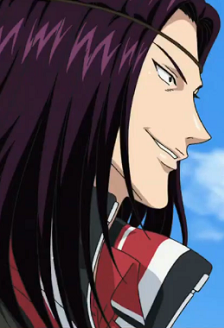 Tohno is a character first shown in the series as No. 8 of the All-Japan Juniors as they return from the Overseas Expedition and arrive at the main courts. His Doubles Partner and close friend is Kimijima Ikuto who appeared with him as the No.7. 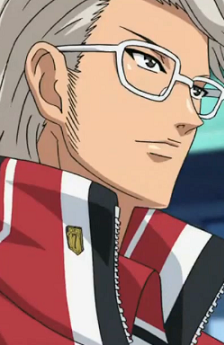 Kimijima holds the title of "The Negotiator of the Court". He is currently cultivating a new path called Intellitennis. He is introduced as amongst the best School U-17 players of Japan and ranked as the No.7 U-17 player as a member of the "Genius 10". Kimijima is also the star of a TV commercial for "Cola Vita". 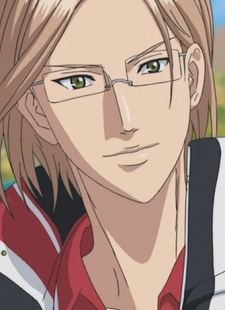 Mitsuya Akuto is the Former No. 17. His special technique was "Data Tennis". With his distinct intellect, he analyzes his opponents to determine the very best method of defeating them. 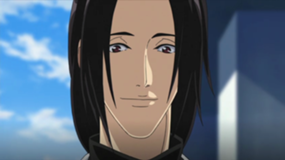 Saitoh Itaru is the specialist who plans how the players can improve their play and train their mental mask. He devises who will compete against each other in a match. 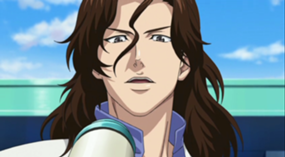 Kurobe Yukio is the strategic coach who manages the training camp as well as the camp's substitute supervisor. Analyzing each student's data and planning tactical matches is his main duty. 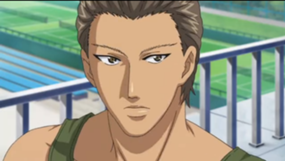 Tsuge is U-17 Camp's Circuit Coach. He also seems to be the adviser for the dorms. He's in charge of training their physicality. He won't go easy on assigning them strict training. Standing together with the players on the court, he's the coach who directs their training. 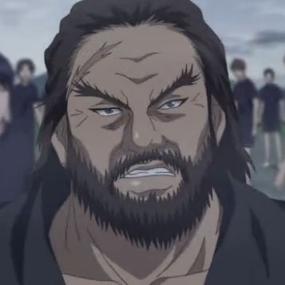 Mifune Nyudoh is the behind-the-scene coach who guides players with unconventional tennis. He is as tame as a ferocious pet. He is known in the camp as the "Drunken Coach".