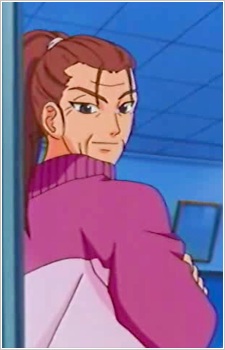 Ryuuzaki Sumire is the coach of Seigaku's tennis club and one of the school's math teachers. She helped Echizen Nanjirou develop his skills and become a professional tennis player. She has a granddaughter named Sakuno with a crush on Ryoma. Ryuuzaki has a rivalry with her ex-mentor, Banda Mikiya a.k.a. Banji, who is the coach for Yamabuki Chuu. She constantly yells, but she is considered to be a great, reliable coach. She has a good relationship with her regulars and participates in their recreational group activities: The bowling reunion and the beach-volley mini-tournament with Rokkaku Chuu. 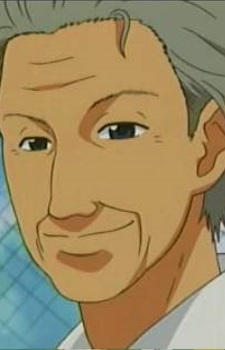 Banda Mikiya or "Banji" for short, is Yamabuki's coach. 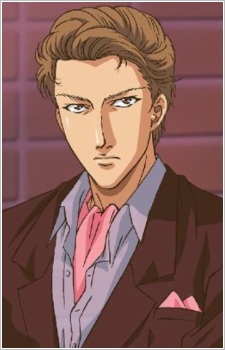 Sakaki Tarou is the of Hyoutei's team. Sakaki is also a music teacher for the school and has complete confidence in Atobe Keigo, trusting that he is capable of defeating any opponent. 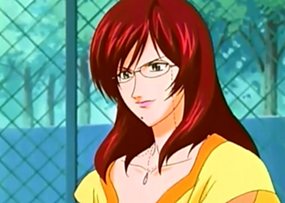 Hanamura Aoi is the coach of Jousei Shonan, who refers to her students as masterpieces and constantly tries to recruit new students, especially Ryoma. She is often proud of her own prowess and of her pupils', but is otherwise very calm and professional. 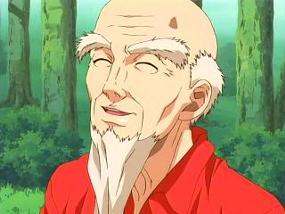 Ojii is the coach of Rokkaku Chuu. He is an elderly man who manufactures creates special wooden racquets for his players, taking into consideration their skills and personality. 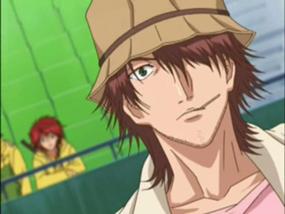 Osamu Watanabe is the coach of the Shitenhouji tennis club. Watanabe reminds us of a younger (and hipper) version of Yamabuki's Banda Mikiya. Like the latter, the former's interaction with his students is very laid-back, often shown joking around with them. Watanabe is also pretty sly. When the team first learned of Chitose Senri's resignation, Watanabe appeared ambivalent about the issue.

During the match against Seigaku, knowing how much the team needed Chitose and how much Chitose wanted to play Tezuka Kunimitsu, Watanabe "dragged" Chitose back onto the team. This and other incidents show that despite his appearance, Watanabe knows what he is doing. Osamu gave Shiraishi a gold gauntlet to wear until graduation. 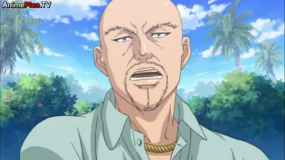 Saotome Harumi is the ruthless Higa Chuu tennis coach. He isn't above dirty play and won't hesitate to instruct his players to aim balls to the rival team's coach.