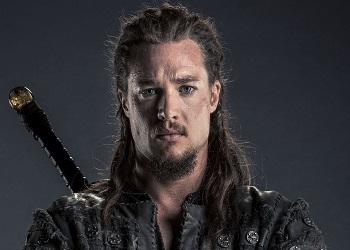 Born of Saxon nobility but raised a Dane, Uhtred grows up with a conflicted identity. A natural warrior, Uhtred is a leader of men, fearless, instinctive, and driven by a deep-seated need to reclaim his homeland of Bebbanburg, Northumbria. Quick-witted, impetuous with a taste for danger, he follows his gut and abhors the prayer, fasting, and obedience so precious to King Alfred. Like a Dane he believes life should be lived passionately and fully. He has charm, energy, charisma and an underlying sense of justice — qualities which make him very attractive to women. But his impulsiveness and irreverence sometimes land him in trouble. 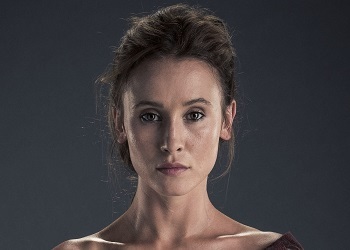 Guthred’s headstrong and passionate sister. Guthred means to marry her to someone for political gain, but she and Uhtred have other ideas. Thoughtful and intuitive, Gisela knows Uhtred better than he knows himself, and Uhtred’s love for Gisela is unlike that he has ever known. However, the course of their romance does not run smooth, and both must overcome monumental obstacles if they are to build a life together.

Halig earned his stripes with Uhtred at the battle of Ethandun, and has been his faithful servant ever since. Trusting, light-hearted, and likeable, Halig is also brave and fiercely loyal, and will follow Uhtred at the cost of all else.

Uhtred meets Finan in dire circumstances, and they forge a bond that will keep them fighting at each other’s side for a lifetime. A former warrior of Ireland, Finan’s swordskill is as nearly as quick as his wit, and Uhtred learns to rely on Finan for his counsel, battle strategy, and friendship.

An illegitimate son of Kjartan, he defects by swearing an oath to Uhtred. Keen to turn his back on his roots, he is tireless in his efforts to serve Uhtred, and becomes one of his most faithful men. With striking Danish looks, Sihtric makes a cunning spy.

The nephew of Leofric, who fell at the battle of Ethandun. As Alfred’s bastard son, he is destined to live out a quiet life in the church. However, Osferth has ambitions to be a warrior and though he isn’t a natural fighter, Uhtred gives him a chance to prove that he possesses the courage of his late uncle, who was Uhtred’s dearest friend and bravest comrade in battle.