The Kingdom of Wessex 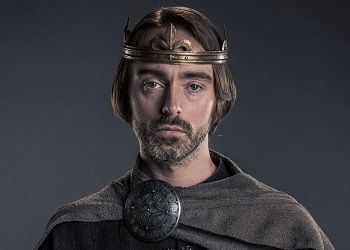 As the King who dreamt of uniting the separate kingdoms of England, Alfred has integrity and true gravitas. Where Uhtred is gallant and daring, Alfred is a thinker and master strategist, yet troubled by poor health. A man of great wisdom, he is committed to the power of the written word and the spread of Christianity. Learned, pious and cautious — the responsibilities of leadership rest heavily on Alfred's shoulders, but his faith and inner strength are forever tested by his habitual infidelities. Despite these vulnerabilities he remains determined. Even Uhtred, who first sees Alfred as a humourless nit-picker, grows to admire the man who will become known as King Alfred the Great. 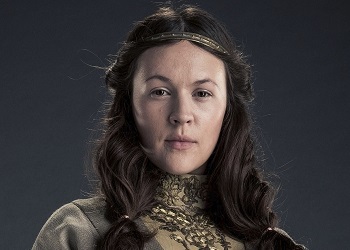 Alfred’s wife Aelswith is fiercely loyal, and protective of her husband and king. Pious, haughty, and acerbic, she is an unpopular figure in Alfred’s court. Aelswith takes an immediate dislike to Uhtred, who she sees as a threat to her beloved husband. 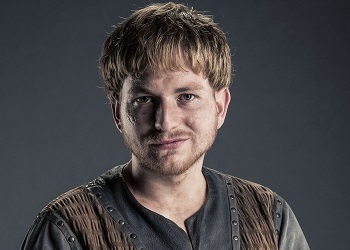 Alfred’s oldest nephew, Aethelwold would have taken Alfred’s place as King if it weren’t for his age, and so holds a grudge against Alfred.

A little younger than Uhtred, Aethelwold has led a sheltered life, and is an immature, petulant rebel, who wants to stake his claim on the throne. 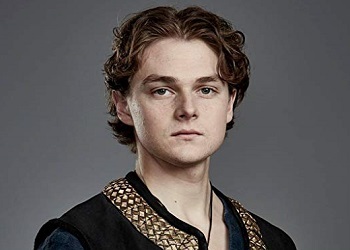 The daughter of Aethelhelm and Prince Edward's young wife.

Edward's eldest son, born from his first marriage (which was annulled on his father's order) and disinherited in favor of his younger half brother.

Beocca is Uhtred’s father’s priest, and as such has seen Uhtred grow from boy to man and knows his true birth‐right. Pious and devout, but with a wry sense of humour, Beocca is also a clever and strategic thinker, whose opinion Alfred values. In fact, Beocca goes on to become one of Alfred’s most trusted advisors. Ever hopeful of turning stubborn Uhtred from his pagan ways, Beocca maintains a strong paternal affection for his wayward charge.

A tenacious fighter who left the thrill of battle in favour of a life in the church, Pyrlig is a gregarious priest experienced in matters of both love and war. Uhtred takes a shine to him, and the two find themselves side-by-side as ambassadors for Alfred’s cause in matters of the grave political severity.

Alfred’s formidable warrior, whose duty is often to keep an eye on Uhtred on behalf of the king. Though ferocious in battle, he is a patient tutor and trains Aethelflaed in swordskill.

The Bishop of Winchester, Erkenwald is a powerful and ambitious man who, while recognising Uhtred's use in defending Wessex, is distrustful of his influence over Alfred and Edward, and is more than willing to assist Aelswith in her vendetta against Uhtred. He is loyal to the king and Wessex, but Erkenwald is not without his own plans.

Ealdorman of Wiltunscir, a wealthy and powerful landowner in Wessex who marries his daughter to Edward, Alfred's heir. 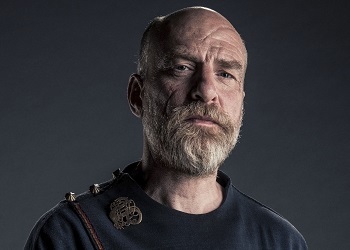 Odda the Younger lives in the shadow of his respected father but has few of his qualities. Slippery, dishonorable and morally corrupt, he wants the quick and easy path to power. Odda has particular contempt for Uhtred, and is jealous of his marriage to Mildrith. His ambition leads him into deep waters.

A trusted Saxon, warrior Leofric is Odda the Elder’s military man. Weathered and worldly, Leofric is straight talking, uncomplicated, but far from stupid. Leofric initially dislikes Uhtred, who he renames ‘Arseling’ but a close bond is soon struck between crude curmudgeonly Leofric and fellow warrior Uhtred. Their friendship is put to the test in the course of the series, as is Leofric’s loyalty to his Saxon leaders.

An ealdorman who formerly served Alfred.

An ealdorman of Cent, he is loyal to Wessex, but has grievances against Alfred and his son that their enemies seek to exploit.

A spirited and resilient nun, Hild is devout without being sanctimonious, and offers sound advice and loyal support as one of Uhtred’s closest companions. The suffering she has experienced at the hands of Danes draws her to a life lived by the sword, as she tries to overcome her trauma.