Characters / Spartacus Blood And Sand Protagonists War Of The Damned 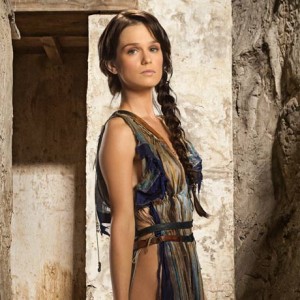 "There is no life absent your touch."

Sibyl is a young and beautiful Greek slave, rescued from Roman enslavement by Gannicus and the rebels in War of the Damned. Now free, she wants a glimpse of affection from her savior. 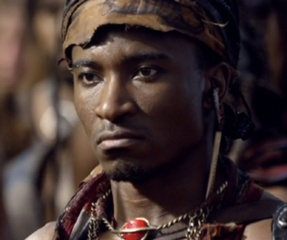 "Would that I had been you for but a day."

Castus is a Numidian pirate and the right-hand man of Heracleo. He later joins the rebellion after his allies' betrayal.

"No. Yet absent fucking plan to be clothed or fed we must take matters into our own hands. Or risk early grave waiting for the Bringer of Fucking Rain to bless us with much needed shower."

Diotimos is a former slave of Laurus who escaped and became a rebel in Spartacus' army.

"I drained six cups and found myself in a heated argument with an imaginary cat!"

Attius is a Roman and a blacksmith in Sinuessa en Valle. He is a friend of Gannicus, whom he met when the latter gained his freedom. 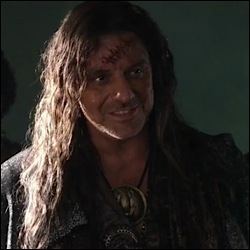 "Did I not fucking warn you about my reach?! Ha!"

Heracleo is the leader of a band of Cilician Pirates.

"I saw it with my own fucking eyes in the heat of battle blood and brains, thick to the knee and Gannicus in the middle of it all strips to his fucking cock! Bellowing to the Romans to kneel before him and receive golden tribute!"

Sanus is a Cilician rebel who is both a friend and admirer of Gannicus.

"Do not fall to the Romans, you wild cunt."