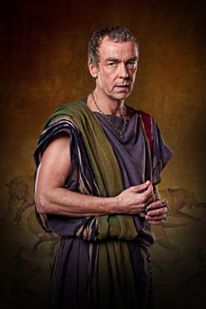 "I see things in men that they themselves have lost, small spark, an ember, I give it breath, tender, until it ignites in the arena."

Batiatus is a Lanista, a trainer and trader of gladiators. He is head of his family's ludus in Capua, and is Dominus to Spartacus and most of the other gladiators that appear throughout the series. Batiatus is the son of Titus Lentulus Batiatus, and the husband of Lucretia. 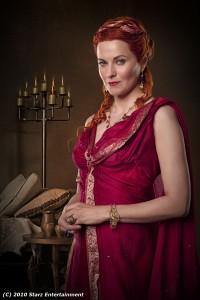 "Quintus always wanted a son. Because of you, we shall have one."

Lucretia is a Roman woman of moderate standing in the land of Capua and lives with her husband, Batiatus, in the villa above his ludus. Through her husband's (and to an extent her own) schemes, the couple manage to climb quite high on the social scale, only to fall after Spartacus seeks revenge and rebels. 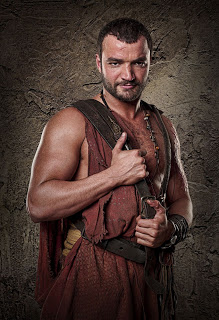 "Whatever you need, Ashur provides."

Ashur is an ex-gladiator in Batiatus' ludus and due to a conflict with Crixus prior to Blood and Sand, he was crippled and forced to wear a brace on his right leg. Since then, he became Batiatus' errand boy, accompanying him into the city to aid in transactions or sometimes going alone for more private business. When Batiatus is killed, Ashur seeks out Glaber as a new patron to further his own desires. Using his years in the ludus, Ashur seeks to become a link between Spartacus and the Romans who are hunting him. 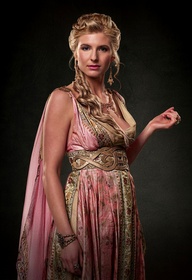 "They are like something out of a fever dream. I mean, what if they went insane all at once, clamoring for blood?!"

Ilithyia is a wealthy Roman woman, the daughter of Senator Albinius, and the wife of Praetor Gaius Claudius Glaber. She is close friends with Lucretia, however, their lively relationship is more than meets the eye. 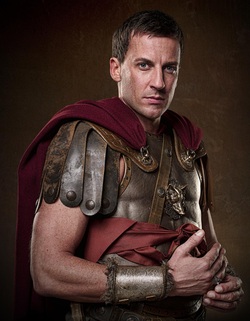 "The shadow of Rome is vast, and you, Thracian, will die under it."

Glaber is a Roman commander awarded the title of Legatus, and later Praetor. He is married to Senator Albinius's favored daughter, Ilithyia, who both supports her husband's actions politically and emotionally, by personally seeing to it that Glaber's greatest enemy, Spartacus, suffers as much pain as possible. Glaber serves as the main antagonist for the second season of Spartacus, and in the first season is a personal antagonist for Spartacus himself as Glaber enslaved both him and his wife Sura. 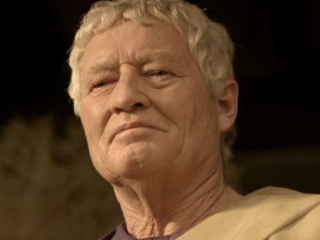 "You brought the Thracian to Roman soil Gaius. You granted patronage to that grinning shit Batiatus a breath before his house fell to massacre."

Albinius is a Roman Senator and father of Ilithyia. He plays a minor role throughout the series, although his role increases in Vengeance. 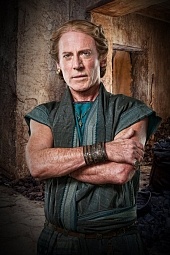 "You take the wrong life. Your master Batiatus, is the villain."

Marcus Decius Solonius is a Lanista of Capua and is Batiatus' nemesis and chief rival. 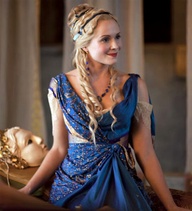 "I would lay eyes upon a real gladiator. Bring Spartacus up."

Licinia is an upper-class Roman, married without kids, cousin to the wealthy Marcus Crassus, and a close friend of Ilithyia.

"You are beneath me, and you always will be, in this life or the next!"

Calavius is a high-standing Roman Magistrate, husband of Domitia, and proud father of Numerius. 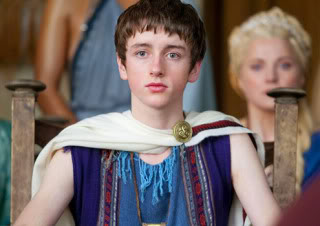 Numerius is the son of Roman Magistrate Titus Calavius and his wife, Domitia

"Place foot on me again and find yourself once more a cripple!"

Aulus is Batiatus' 'handyman', doing whatever errand or dirty work he requests.

"How you will stir the crowd!"

Mercato is a Roman politician and noble of Capua. He is the grandson of Marcus Minucius Rufus, famed conqueror of the Thracians. 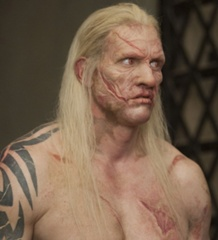 Theokoles was a legendary Greek gladiator and was also known as the Shadow of Death.