Jun is Davis's older sister, and they're alike to the hair. She doesn't figure much into the plot, but has a large crush on Matt. After the infamous Christmas episode, she drops her thing for Matt and then locks-on to Joe's second older brother, Shuu. 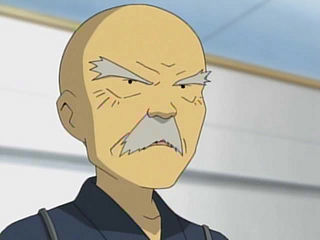 Iorinote Cody's grandfather and Kendo sensei. Though he plays a minor role through the series, he is always there to dispense advice to his grandson, unaware of what Iori has gotten into. However, near the end, he learns about the Digimon, and helps cover for Iori.

Sora's father, who was only mentioned in the original series. He's a history professor in Kyoto University and travels around Japan to make research. He finally appears in the second one, where he and his disciple Shuu Kidou help out Miyako when a Digimon attack hits Kyoto. 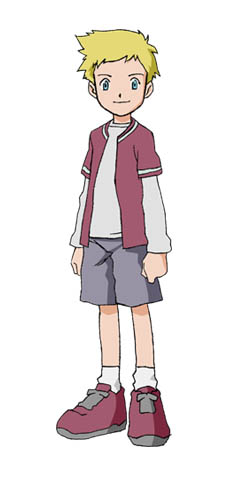 The protagonist of the movie Touchdown Hurricane.

Willis's other Digimon. This one disappeared under mysterious circumstances and has been stalking Willis in the form of Wendimon ever since.His digivolutions are as follows:

Ken's late older brother who died in a car accident in 2000. He was a Child Prodigy like Ken is at the beginning of the series and drew immense envy from his little brother. 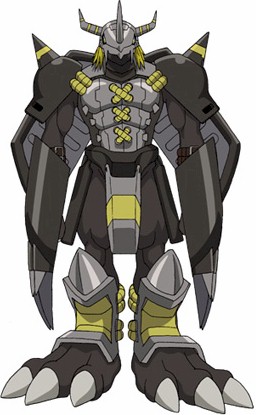 "Time? I've given you time to answer all of my questions, and you haven't answered one yet. I should just destroy you and move on. It seems to be my purpose in life, and if that's so, then so be it. I will dedicate myself to being the most powerful... But I have to know if that is my true destiny, or if there is something more for me in this world than just fighting. Y'know, like a reason why I'm here. For some, it's money. Others, power. And for you perhaps, friendship. But I have to know the reason why I was created."

Created from a hundred Dark Towers as the ultimate evil Digimon, he is a dark clone of the final form of Agumon. He is hell-bent on destroying the Holy Stones of the Digital World as he believes it will solve the existential crisis he suffers from due to his unusual origin, but he may not be as bad as he appears.

Voiced by: Nobuyuki Hiyama (JP), Steve Blum (EN), Eugenio Barona (Spain), Héctor Moreno (Latin America)
Nacchan
A young girl from the Natsu e no Tobira drama CD. One summer, Daisuke and Chibimon visit New York to see Mimi (with a surprise visit from Wallace), their encounter is quickly sidetracked when they get drawn into a wintry, empty New York and Daisuke starts hearing voices. The voices inevitably lead Daisuke to the sole inhabitant of the winter wasteland, who takes an absolute shine to him.