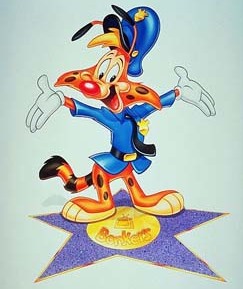 Bonkers D. Bobcat is an overly energetic and hyperactive cartoon anthropomorphic bobcat that works in the Toon Division of the Hollywood PD. Once a big name cartoon star for Wackytoons Studios, he was fired due to his show being bumped out of first place in the ratings. He was introduced to law enforcement when he unknowingly saved cartoon celebrity Donald Duck from a park mugger (mostly due to the help of officer Lucky Piquel) and was given full credit for the mugger's capture. 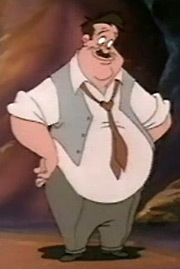 Voiced by: Jim Cummings
Dubbed in French by: Richard Darbois 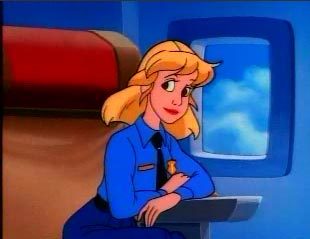 Voiced by: Karla DeVito
Dubbed in French by: Celine Monsarrat

Miranda Wright is a police officer that works at the same police station that Lucky works at. She is Bonkers' partner from the "Miranda Episodes". 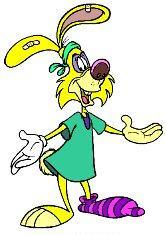 Voiced by: Frank Welker
Dubbed in French by: Edgar Givry

Fall Apart Rabbit is Bonkers' clumsy best friend and stunt-double back during Bonkers' Hollywood days, appearing only in the "Lucky Episodes". 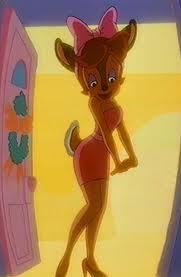 Voiced by: Nancy Cartwright
Dubbed in French by: Barbara Tissier

Fawn Deer is Bonkers's main love interest and co-stared with him when he was still an actor.

A bear who would antagonize Bonkers in some of the Raw Toonage shorts. In the actual show, he's more of a grumpy neighbor.

A recurring villain in the Miranda episodes who happens to be a toon roach.

An elephant who wants to fly. He's a recurring villain in the Miranda episodes. 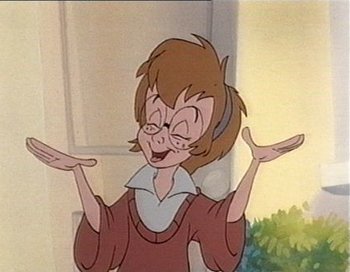 Voiced by: Sherry Lynn
Dubbed in French by: Aurelia Bruno

Marilyn Piquel is Lucky's child genius daughter. She is an aspiring artist as well as a script/story writer and has deep affection for Toons such as Bonkers, with her favorite being TV star Skunky Skunk. 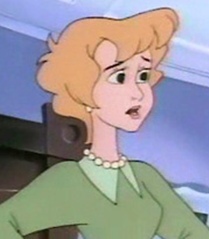 Voiced by: April Winchell
Dubbed in French by: Danielle Hazan

Dilandra "Dyl" Piquel is Lucky's understanding wife who supports her husband and at times encourages their daughter Marilyn.

Bonkers' and Lucky's boss. He's not exactly a bright person, but he does acknowledge the two cops' heroics.

Bonkers and Miranda's boss. He doesn't like Bonkers and is often very short-tempered.

The occasional host of Walt Disney Presents and later Disney Sing-Along Songs. Unlike other Disney cameos, he makes it all the way to minor character status here. 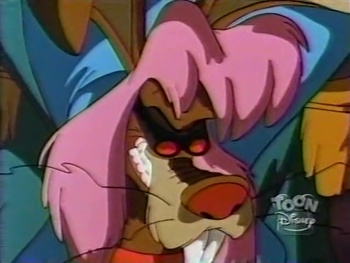 The antagonist of the show's two-part pilot "Going Bonkers". He has Toons kidnapped and put into suspended animation.