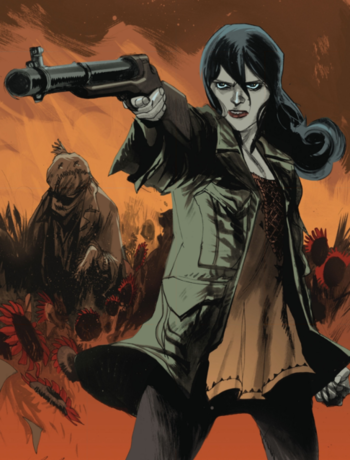 A young girl living in LA during the 1920s with dreams of stardom... until she's invited to the wrong party.
Skinner Sweet 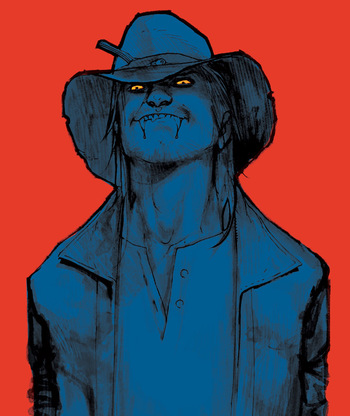 A psychotic outlaw in the Wild West who runs afoul of the Pinkerton Detective Agency and a group of European vampires. Becomes the first American Vampire.

A Marine who served in World War I before becoming a traveling musician who crosses paths with Pearl in Los Angeles and falls in love with her.
Hattie Hargrove

A veteran of the Civil War, he becomes a detective in the Pinkerton Detective Agency and hunts down Skinner Sweet.
Abilena Carmino

Jim Book's daughter (born after his death). Is seeking vengeance on Skinner Sweet and becomes an agent of the Vassals of the Morning Star.

The police chief of Las Vegas in 1935 who is drawn into a string of mysterious deaths that bring him into the world of vampires.
Linden Hobbes

A mysterious agent who is the leader of the Vassals of the Morning Star.
Calvin Poole

An African-American VMS agent, he is part of Henry Preston's team in Ghost War. He becomes an American Vampire at the end of that arc.
Travis Kidd

A young, rebellious vampire hunter in the 1950s who is... extremely talented at killing vampires.
Gus Mc Gogan

The son of Cash and Lilly McCogan who due to tragic circumstances was born a vampire thanks to the notorious Skinner Sweet.

The first Carpathian vampire, the originator of the European strain.
The Gray Trader 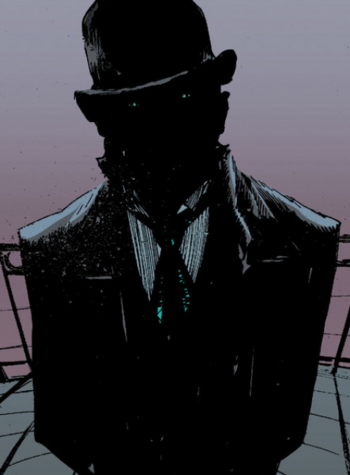 A mysterious and enigmatic figure who is one of the most feared and dangerous threats to the Vassals of the Morning Star.
The Beast

An ancient entity that plagued the Mesopotamic world with its demonic offspring, the Vassals of the Morning Star were created to defeat her. They succeeded in doing so, but it was not destroyed, since it managed to successfully corrupt the order's founder Hurin into becoming its protector and champion.