Clyde Crashcup
Voiced by:
SHEPHARD MENKEN – The Alvin Show & The Chipmunks episode “Back to Our Future”
CHARLES BERENDT – A Chipmunk Christmas

Clyde Crashcup is a scientist, though he’s primarily an inventor rather than a researcher, whose experiments invariable fail. He typically would invent something by taking a pencil out of his lab coat's pocket and drawing a picture in midair of his conception: the picture would then become the actual object.

Clyde Crashcup’s short assistant, Leonardo doesn’t speak, only whispering into Clyde’s ear, informing him of his ideas. Leonardo frequently invents or perfects an invention whereas Clyde takes the credit from him, not to mention he’s usually emotionally displeased when Clyde insults his intelligence.

As his name may suggest, Stanley’s an eagle who befriends the Chipmunks.

Daisy Bell(e) is a girl who pesters the Chipmunks at times or tries to be friends with them. Appears in “Three Blind Mice,” “Sir Alvin” and “Bicycle Built for Two.”

A fast talking short man in a tan trench coat, with only his nose visible in which he relies his decisions on by what smells and, combined with his carelessness, causes destruction. Sam Valiant’s quick to place blame on or con the person closest to them. Appears in “Sam Valiant, Private Nose,” “Sam Valiant: Real Estate” and “Dude Ranch.”

A very annoying neighbor woman who’s the head of a group called ‘The Ladies of the Square.’ who detests the Chipmunks’ music, Mrs. Frumpington can be seen as representing the ‘proper’ ladies and acceptable societal behavior. Appears in “Squares” and “Good Manners.”

JP Lester
JP Lester is a ghost who’s sent to haunt Chesley Estate in hopes to win the Ghost of the Year award for the umpteenth time. Appears in “Haunted House.”
Chuck Wagon

A southern boy with a distinct southern accent, Chuck Wagon is Dave’s second cousin, twice removed on his father's side. Lacking self-confidence because everybody tells him he’s not good at anything, Chuck comes for a visit in hopes to find something he is good at and the Chipmunks help him. Appears in “Hillbilly Son.” 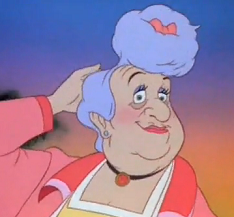 The Seville’s’ myopic, elderly next door neighbor as well as the Chipmunks’ babysitter, Miss Miller is the Chipettes’ guardian, introduced in the first episode of the fourth season.

A kind, good natured anthropomorphic chipmunk, Vinny is Alvin, Simon and Theodore’s biological mother who left her babies with Dave Seville because he was nice to the forest animals, because she realized that her boys wouldn't survive the journey if she brought them with her when all the animals in the forest were forced to abandon their homes due to a horrible winter storm. When spring came, Vinny finally returned to get them but she saw how happy they were with Dave, and thought they would be better off with him. Appears in “A Chipmunk Reunion” and “Vinny’s Visit.”

Grandma & Grandpa Seville
Dave’s parents as well as the Chipmunks’ adopted paternal grandparents. Both appear in “Grandma and Grandpa Seville,” “How You Gonna Keep ‘Em down on the Farm?” and “Back to Dave’s Future.”

In their first two appearances, they were farmers living in fictional South Spoon Ranch. Though in their last, they lived just a couple blocks from Dave’s school whereas Grandpa Seville is an accountant and Grandma Seville is possibly a typical housewife.

She appears as the typical grandmotherly figure with her hair in a bun in “Grandma and Grandpa Seville,” and “How You Gonna Keep ‘Em down on the Farm?,” not to mention being about a head shorter than her husband. Though, in “Back to Dave’s Future,” she appears taller, hair in a fifties fashion and her face is longer. Then in her cameo in “Merry Christmas, Mr. Carrol,” she’s back to her granny classic look but pudgier.

In “Grandma and Grandpa Seville,” and “How You Gonna Keep ‘Em down on the Farm?,” Grandpa Seville is a tall, lanky man with a full head of hair brushed to one side as well as a bent posture and wears a pair of blue-jean dungarees over his top. In his last appearance “Back to Dave’s Future,” however, he appeared to have gain a lot of weight in his belly, seems to be losing his hair considering there’s little left on top his head and wears a business suit. Though when he appears in “Merry Christmas, Mr. Carrol,” he’s back to being to how he appears in his first two appearances.

Harry’s a charlatan anthropomorphic scruffy chipmunk who claims to be the Chipmunks’ long lost uncle in hopes to pay off a debt by convincing the boys to work with him to raise money so that they can visit their mother. Overall, Harry uses similar schemes throughout the series to try and get the Chipmunks (as well as Chipettes) to work for him so he can steal their earnings but always seems to backfire. Appears in “Uncle Harry,” “Lights, Camera, Alvin,” “Santa Harry” and “A Little Worm in the Big Apple.”

Marsha was a young woman who Dave felt he had a strong connection with while dating her. She is also a single mother of three boys named Maxwell, Chucky and Eddy. Appears in “Dave’s Getting Married.”

Maxwell, Chucky & Eddy
Marsha’s boys:
Light brown hair and brown eyed Maxwell is the tallest of the three, who wears glasses and seems a smidge thinner than Chucky.
Chucky’s the second tallest with blue eyes and flamboyant orange hair and little more physical build than his tallest brother.
Then there’s the obese Eddy who has a visible double chin, the brown eyes to go with his brown hair boy is the shortest of the brothers.
Olivia
An orphan girl living at Miss Grudge’s Orphanage in Australia owned by Miss Grudge, Olivia took care of the Chipettes when they were just infants. While the four became close as sisters, Olivia kept them hidden from the rest of the orphans in fear they'd use her friends' musical talent for their own benefits. Unfortunately, on the day Olivia’s fortunate enough to be adopted, Miss Grudge discovers the Chipettes’ singing talent. Grudge has them kidnapped and locked in a ventilation shaft so Olivia won’t be able to take them with her, intending to make money off them. Though the Chipettes do escape, it would be years until they are reunited with Olivia. Appears in “The Chipette Story.”
Miss Grudge
Voiced by:
(possibly) JUNE FORAY

A very unpleasant woman who runs the “Miss Grudge’s Orphanage” in Australia where Olivia and the Chipettes lived, Miss Grudge sought a way to make money by forcing kids to sing for her. When she finds out the Chipettes can not only talk but sing as well, Miss Grudge promptly kidnaps and locks them away in hopes to use their singing for her own needs. Fortunately, they escaped. Appears in “The Chipette Story.”

Eva’s a selfish, young girl who lived in the same orphanage as Olivia and knows the infant Chipettes can sing and threatens to tell Grudge. Appears in “The Chipette Story.”

Despite his elderly appearance, Uncle Willy, nicknamed “Uncle Adventure,” is a strong and active man who’s determined to not let anyone tell him how young he can act as a result of his age.

ALVINNN!!! and the Chipmunks

Miss Smith
Voiced by:
JANICE KARMAN
She is the teacher for The Chipmunks and The Chipettes (among others).
Derek Smalls 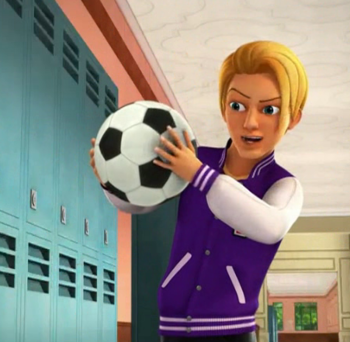 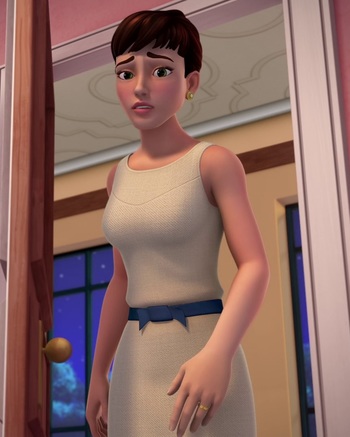 some caption text
Voiced by:
VANESSA BAGDASARIAN
The principal of the school.