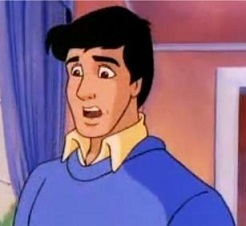 Dave Seville’s a songwriter as well as the guardian of the Chipmunks and the Chipettes as of the second live action movie. While Dave struggles to remain calm and objective, Alvin often irritates him, causing Dave to yell "Alvin!" to which Alvin responds with "Okay!" Dave plays piano and the guitar. 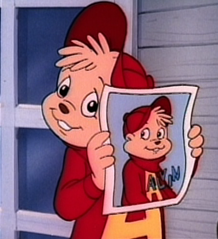 The lead vocalist of the band and main character, Alvin is an impulsive and charming Attention Whore who always seems to make up hare-brained schemes to get what his goal is at the time, whether it be trying to help his brothers, keeping Dave from figuring something out, or getting out of a sticky situation. 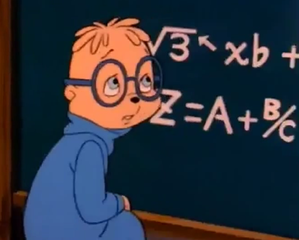 The tallest, Simon has an IQ north of Einstein, possessing a dry sense of humor as well as a keen wit. He takes charge when Alvin goes too far with his hairbrained schemes. Simon loves Alvin, although he secretly worries that they share the same gene pool. 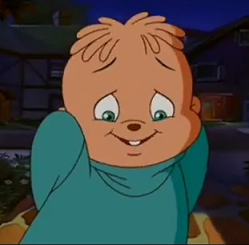 Not only is he the child of innocence as well as the youngest, but Theodore is shy, loving, sensitive, chubby, gullible, trusting and naïve. In short, he is an easy target for Alvin's manipulations, often holding the swing vote between his two brothers' choices of action. Simon appeals to Theodore's better nature while Alvin goes straight to bribery.

The distaff counterparts to the Chipmunks.
Trope as Trio 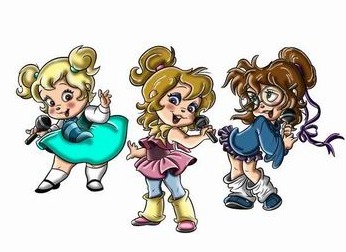 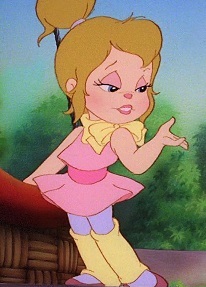 The lead singer and the oldest, Brittany has a pleasing facial and physical appearance, though at times can be vain and self-serving with the extreme desire to have whatever she wants, but is still very caring. 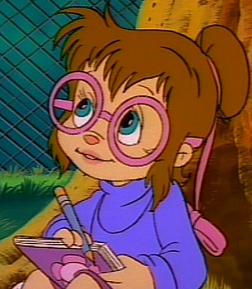 Like Simon, Jeanette is the middle sister despite being the tallest and smartest of the Chipettes. 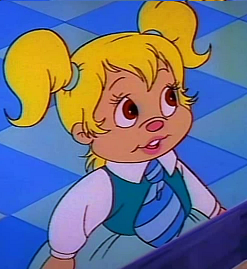 The youngest of her sisters, Eleanor has a lot in common with Theodore in terms of body shape, interests, and color of attire, but she is braver and more athletic.