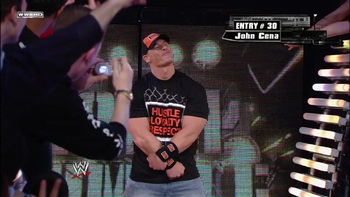 John Cena in his decade spanning career has had ups and downs, successes and failures, but one can't deny he's pulled off some awesome stuff.