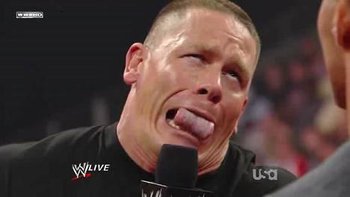 And THIS is the Champ's entertainment! Word Motherfreakin' Life!
Advertisement:

Sure, some people may say Cena can't Wrestle... But he can damn well entertain.