What Could Have Been / Disney Theme Parks 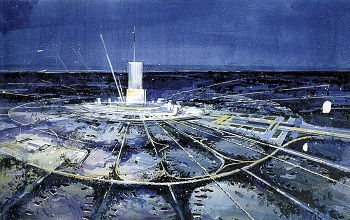 This could have been Walt Disney World.

Disney's Imagineers work to dream big and bring magic into reality. However; whether it be budget considerations, unrealistic expectations, unforeseen issues, better options, development hell, or just general cases of reality slowing down progress; many ideas developed for the Disney parks have never been made or are adjusted heavily. While some ideas have been refitted for other attractions in one way or another, some of them only exist in concept art and the dreams of Disney fans.