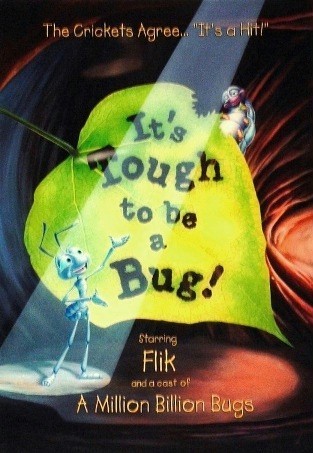 It's Tough to Be a Bug! is a 3D movie attraction based on the Pixar film A Bug's Life created for the Disney Theme Parks. It opened at Disney's Animal Kingdom in April 1998 and at Disney's California Adventure in February 2001. The California Adventure version later closed in March 2018, as the land that it was a part of, A Bug's Land, closed to make way for a Marvel-themed land.
Advertisement:

The show is hosted by Flik, hoping to teach the audience how insects survive in the wild. Throughout the show he introduces different insects, who demonstrate their skills for the audience. The show is eventually interrupted by Hopper, and things take a turn for the terrifying.