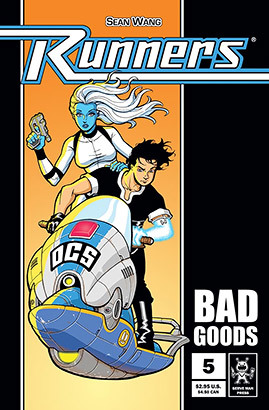 In a galaxy far, far away, a Ragtag Bunch of Misfits are scraping by, smuggling not-necessarily-legal things to not-necessarily-legal places, whith an occasional firefight along the way. Then one day, a Mysterious Waif who alternates between being shy and kicking much ass drops into their lives...

is not Firefly. Not even inspired by Firefly (see author's account

). But there are similar Star Wars meets western vibes there.