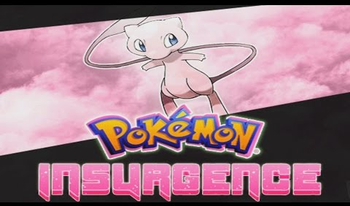 One of the many title screens
Advertisement:

Torren is a region that has long been rife with several lethal cults. Each one of them worships a different legendary Pokémon, and each one has kidnapped, tortured, and even killed to reach their mysterious goals. Still, hope yet resides in Torren's beloved protector, the Augur, who is the only one able to keep the cults at bay.

One day, the Augur disappears without a trace. In his place, a charismatic and kind man by the name of Jaern assumes the title of the Second Augur. While he is widely trusted by the people, five cults remain wreaking havoc and bloodshed.

Fast forward one year later. You wake up imprisoned in the lair of the Cult of Darkrai.

You do not know. They erased your memories.