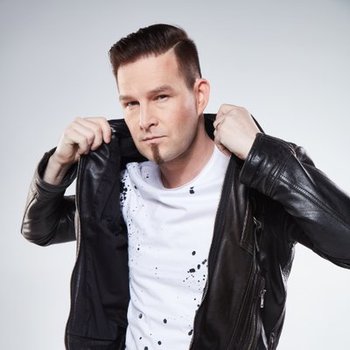 Darude is best known for his debut single "Sandstorm", a trance instrumental track that gained massive popularity from its use at sporting events and in early internet memes. Notable for its lack of vocals, which was highly unusual for a mainstream hit at the time, it's also credited as being one of the first dance tracks that became massively popular in the United States, which eventually led to the creation and rise of other dance subgenres like electro house, EDM, and dubstep in the country.

In 2019, it was announced that Darude would be representing his native country at that year's Eurovision Song Contest with vocalist Sebastian Rejman. Similarly to predecessor Saara Aalto, their song "Look Away" was selected from a choice of three options in Finland's revised Uuden Musiikin Kilpailu selection format.

His music contains examples of: