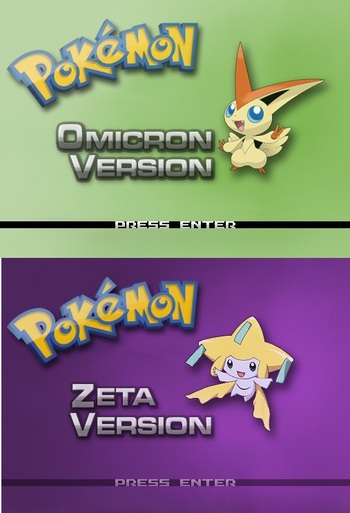 I choose you!
Advertisement:

Pokémon Zeta and Omicron are fan games created by Reddit user thesuzerain (who would later make Pokémon Insurgence), and can be found here

. It is a custom-built game using RPG Maker XP; it is not a ROM hack or other hacked game. The game has two regions, starting off in the Versyn region, and continuing into the Aroma region. Like most Pokémon games, your goal is to collect all eight gym badges and stop a villainous team along the way, which changes depending on the version you're playing, Team Asgard for Zeta, and Team Olympus for Omicron.