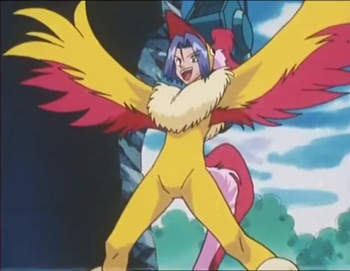 "I am a flaming Moltres!"