Characters that had a major appearance in a single episode within both series. 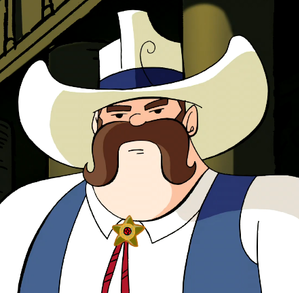 Voiced by: Greg Baldwin
The patriarch of the Bailey family, Daddy Bailey is the father of Clay and Jesse in the first series, and Patrick in the second series. A world-famous cattleman, he runs the Bailey Ranch in Texas and raises cattle, among other things. 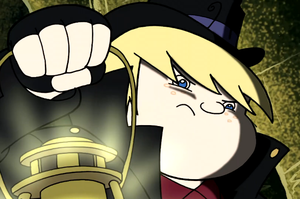 Voiced by: Jeff Bennett
Clay's younger sister (and likely the youngest of the Bailey children) who is the leader of the infamous Black Viper motorcycle gang.
Patrick Bailey 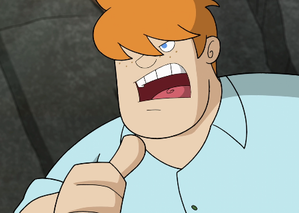 Click here to see him as Super Cow Patty. 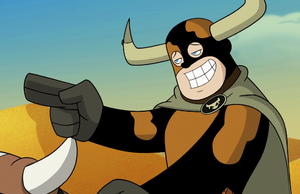 Voiced by: David Kaye
A big and muscular cowboy, Patrick “Patty” Bailey is the younger brother of Clay Bailey. He is also Super Cow Patty, a masked superhero who fights evil with cow-based moves.
Grandpappy Bailey 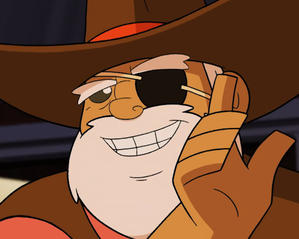 Voiced by: David Kaye
Clay and his siblings' grandfather, who runs his own cattle ranch in Texas. 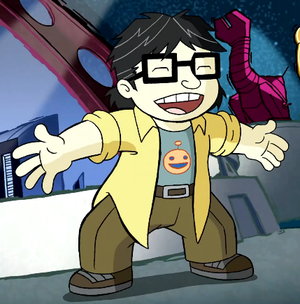 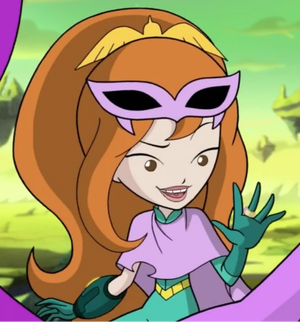 Voiced by: Cree Summer
Kimiko's big sister, she rarely has time for her family because of her job as an interdimensional spy. 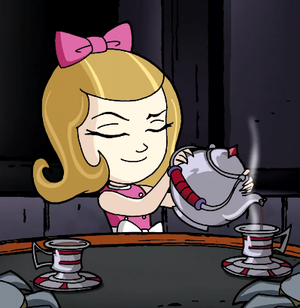 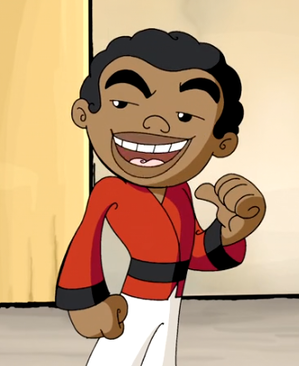 Voiced by: Lee Thompson Young
An African-American boy from New York City who helped Omi in "My Homey Omi". His skills would eventually see him becoming a Xiaolin warrior for his return in "Something Jermaine".
Klofange 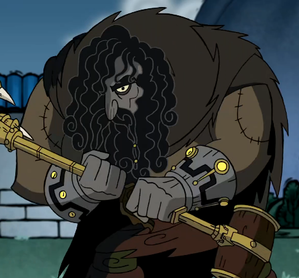 A hunter who was seeking the evil mermaid Dyris. 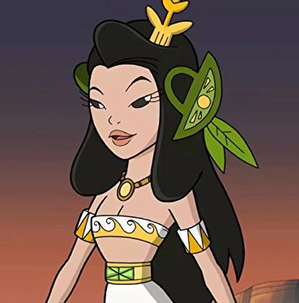 Voiced by: Jennifer Hale
An ancient princess who been trapped for 500 years until the monks managed to break the seal that imprisoned her.
Moonata 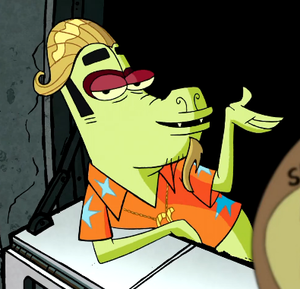 Voiced by: Maurice LaMarche
A mystical dragon who also happens to be a very sleazy con artist. Dojo hates Chucky because many years ago, Chucky cheated Dojo out of his cherished family yo-yo. Chucky is willing to scam anyone whether they are on the Xiaolin or Heylin side.
Rocco 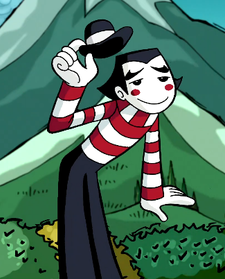 A French mime. He possesses magical powers which allow any object he mimes to manifest as a solid, but invisible construct, ranging from an imaginary lasso to an invisible box. These constructs can be altered by the imaginations of those who come in contact with them, such as the Xiaolin Dragons imagining a door to escape a box he trapped them in. 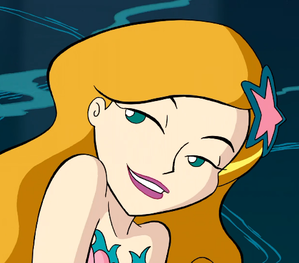 A beautiful mermaid who seeks to make the world underwater. 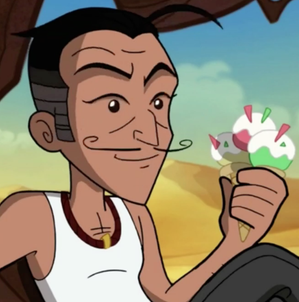 Voiced by: David Kaye
A dangerous criminal whom the monks were instructed to escort to Lapitraz, the most secure prison in the world.
Pandabubba's Henchmen

Voiced by: Maurice LaMarche
A giant evil snowman accidentally brought to life with the Heart of Jong. He speaks with a heavy Swedish accent, and can readily change the shape of his snow body.
Sibini 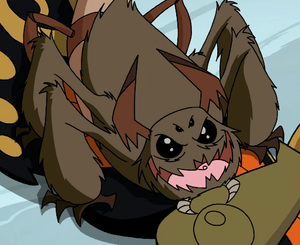 A malicious trickster scorpion-like creature who was sealed within the Mosaic Scale.
Gigi 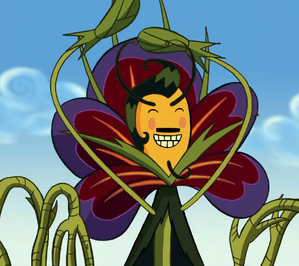 Voiced by: Jeff Bennett
The Heylin Plant, named by Jack Spicer as Gigi, is the plant that sprouted from the Heylin seed.
The Sapphire Dragon 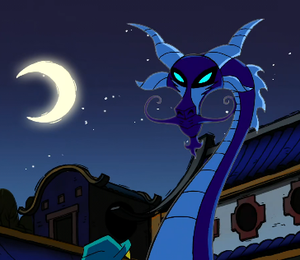 A particularly dangerous Shen Gong Wu that, when activated, turns into an actual blue dragon that proceeds to zombify and enslave everyone it comes across, and as such is to be used only after everything else has failed.