As a class-based shooter, every character in Team Fortress 2 has a fixed set of equipment and abilities, and a role to play in propelling the team to victory. Each class is distinct in looks, personality, and accent, and has a set of weapons and equipment unique to them. 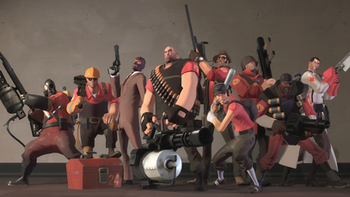