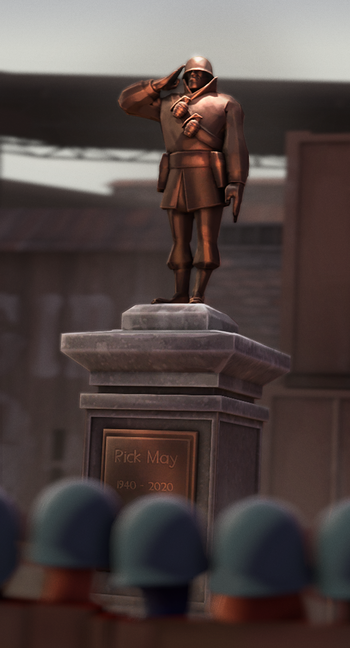 "You were good, son. Real good. Maybe even the best."
"Oh what, you gonna cry? You gonna cry now?"
— The Scout
Advertisement:

Behind all the silliness and fun and anger, there are some genuinely sad moments to be found in the Team Fortress 2 universe.

open/close all folders
In Game Voice Clips
Comics and Supplemental Material
Community-related and Other
Advertisement: