The Coalition in general

The Coalition is a political and economic union, which includes all the planets of the five most developed civilizations.
The Maloqs 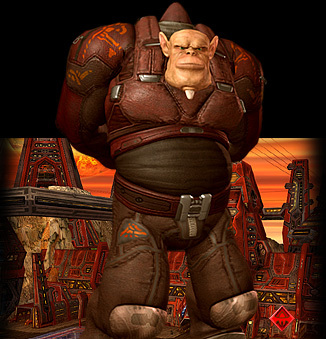 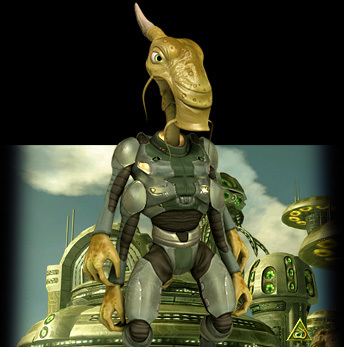 The Pelengs are the galactic gangsters; practically have no army, no law, no government. Scientific research is also absent, but nevertheless it is kept second from the end (stolen technology). They have at least a strange physiology (gills, four arms and the ability to change sex at will). In the old version, they had something like a trunk with two mouth-like folds, in the remake, the lower fold turned into a real mouth, and the upper one — into a pair of narrow nostrils.
The Humans 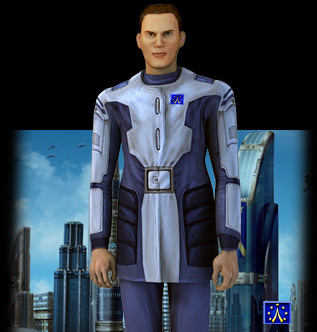 Actually, the humans who practically do not differ from us living in the XXI century. Strong middle peasants, diplomats, however, inherited the most in the history of the Sleeve: they introduced their own chronology, standardized trade and introduced their own single currency.
The Faeyans 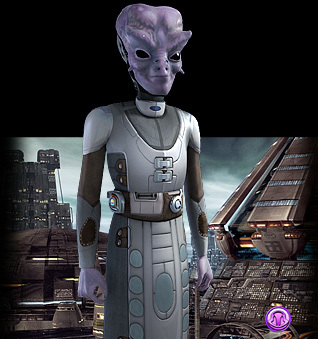 The Faeyans are the second proud and wise race of the game. Thin, emotionless hermaphrodites with a strong technical bias. Neon and minerals are used in food, which hints at not quite traditional biochemistry, but due to the depletion of asteroid reserves, some members of the race have learned to use ordinary vegetarian food. 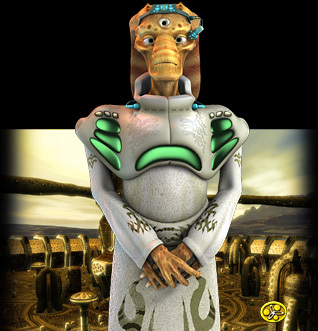 The Gaalians, also known as the Children of Gaal, are tall, yellow humanoids. A distinctive feature is the third eye, a symbol of wisdom. The most highly developed race, can be genetically engineered. Even before the appearance of the rest of the races in space, they managed to colonize the entire Orion arm, fight with each other, cut massively, recover with the help of the very same genetic engineering, and even fly into the next arm on warp engines and quarrel with Machpella there. At the time of the second game, they are slowly dying out due to the massive use of drugs; therefore, the Pelengs are fiercely hated, just drugs and traders. Top management is endowed with biological immortality, and others do not need it.

Enemy races in general
Makhpella and the Klissans
The Dominators in general
An aggressive race of machines attacking the planets of the Coalition 300 years after the first part. Unlike the previous ones, they are not monolithic, but are divided into three subspecies, each with its own purpose. The history of the emergence of the Dominators goes far into the past, long before the emergence of the Coalition. They came half from the forbidden modular robots that were previously used by all races in wars, which the Maloqs who developed them last, because of their stupidity after the introduction of the ban, decided not to destroy, but to hide on Gralgar, half from Klissans.
Blazer and the Blazeroids
The Dominators of red color, "Destroyers", fight for the extermination of other life forms.
Terron and the Terronoids 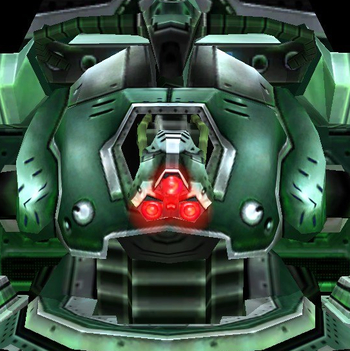 Terron's core close up
The Dominators of green color, the "Converters", seek to recycle all the matter of the Universe into themselves.
Keller and the Kelleroids
The Dominators of blue color, "Scientists", destroying all life for the sake of studying its atomic structure. The boss — Keller can be defeated either by following him into a black hole and persuading him to fade (You just need to choose the second option in the dialogue), or buy a special program on a scientific base that blocks Keller's recovery and destroy him in a black hole.