An organization of corrupt New York police officers and city officials. They are aware of "The Man In The Suit", and have repeatedly clashed with Team Machine on numerous occasions. Midway through Season Three, HR is finally brought down, though not without great sacrifice. 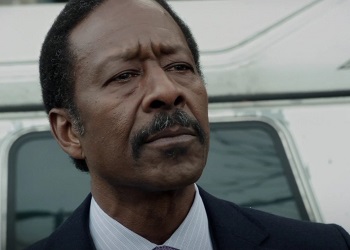 "Who needs money when you have real power? The politicians come and go, but we'll be here forever."
Played by: Clarke Peters
Introduced in: "Bury the Lede"
"I got two loves: my money and this city. Mess with either, I mess right back."

The Mayor's Chief of Staff and the head of HR. Quinn, along with Simmons, plans to rebuild HR with or without Elias' assistance. 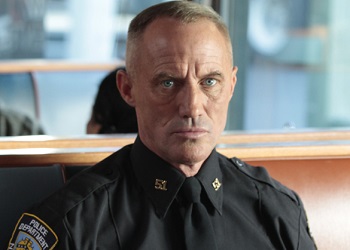 "Call me when there's money and bodies."
Played by: Robert John Burke
Introduced in: "Blue Code"
"Once you're in, you're never out."

A corrupt NYPD police officer, and a leading member of HR. 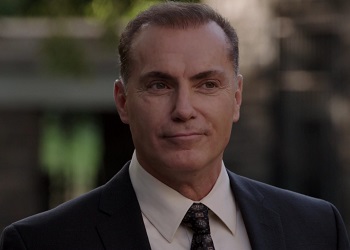 "You keep askin' questions, we're gonna put you in the ground...."
Played by: Al Sapienza
Introduced in: "Ghosts"

An NYPD police detective and a prominent member of HR. 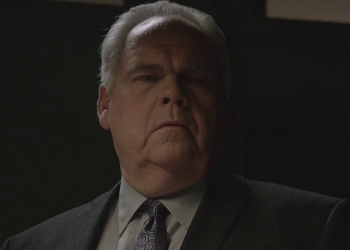 "The thing about organized crime is... it's organized. The trains run on time."
Played by: Michael Mulheron
Appeared in: "Get Carter", "Wolf and Cub", "Matsya Nyaya"

A corrupt police captain, and a leading member of HR.

Played by: Jeb Kreager
Appears in: Endgame
An HR flunky who appears at the start of the Endgame Trilogy. 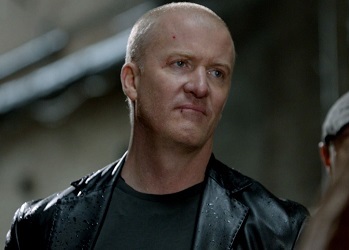 Played by: James Hanlon
Appeared in: "Pilot", "In Extremis"

A corrupt NYPD officer and a member of HR.

Played by: Louis Vanaria
Appeared in: "Pilot", "In Extremis"

A corrupt police officer, who worked under Diane Hansen and James Stills. Working with Detective Stills, Azarello was responsible for killing many drug dealers and gang members and illegally selling their product. Stills used Fusco to help them cover their tracks.

Played by: Lee Tergesen
Appeared in: "The Crossing"

A corrupt NYPD detective and member of HR.

Played by: Matt Dellapina
Appears in: Endgame, The Crossing
An HR beat cop who plays a notable role in their pursuit of Reese and Carter at the culmination of the war.
Davidson

Played By: John Fiore
Introduced in: Cura Te Ipsum
Captain of the Eigth precinct where Carter and Fusco work.
Doyle

Played By: Scott Aiello
Appears in: C.O.D.
An HR member who is sent, along with Fusco, in an effort to kill the last surviving Don of the Five Families and score favor with Elias.
Sagan

Played By: James Michael Reilly
Appears In: Firewall
An NYPD detective who assists Agent Donnelly in his manhunt for Reese, while secretly tipping off his location to HR. 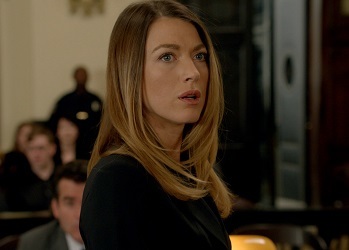 "I can look after myself. You know that."
Played by: Natalie Zea
Appeared in: "Pilot"

An Assistant District Attorney whose Social Security number was the first given to the recently formed partnership of Reese and Finch. She's initially believed to be in danger of being killed when in fact, she's actively assisting in framing innocent people for crimes committed by HR.

Played by: Brian Wiles
Introduced in: "Nothing to Hide"
"Do you have any idea what it's like...riding around all day with an arrogant bitch who doesn't know her place?"

Joss Carter's rookie partner. He was placed with Carter by HR, with the purpose of monitoring her activities, but became Carter's asset.

Played By: Paul O'Brien
Appears In; Endgame, The Crossing
A corrupt Judge.