Characters / Heart of the Woods 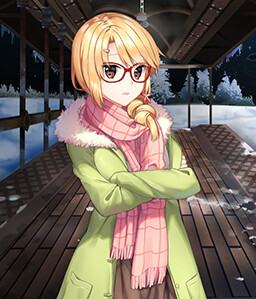 "I'm just the girl behind the camera."

A part-time manager, part-time video editor, and full-time babysitter, Maddie has the thankless job of handling the absolute whirlwind that is her best friend Tara.

She's professional, meticulous and intellectual; the first person to turn to when a problem needs solving. But when their investigation entangles her in an ancient curse, she's forced to confront phenomena beyond her comprehension, and more importantly, her own self-doubt. 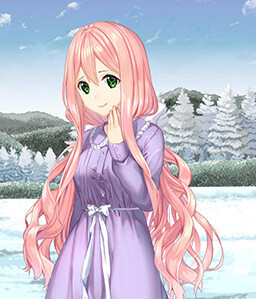 "That's simply what the world had become for me. A small world of knowns, and nothing more."

For the last two centuries, the ghost of a young woman has haunted the forests of Eysenfeld. That ghost is Abigail, a kind and playful soul forcibly bound to the forest as part of an ancient curse.

Two hundred years of wishing for a life cruelly denied to her have led to a feeling of crushing loneliness and one overwhelming desire: to finally have someone to talk to. 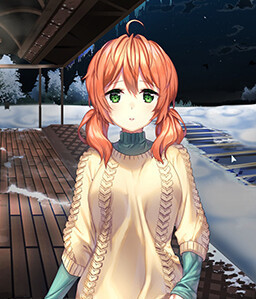 "You don't have to spare my feelings. I've been called much worse."

A loyal Taranormal viewer and the daughter of Eysenfeld's mayor, Morgan is...different. When not running her small and mostly empty antique shop, she's known to disappear into the woods for days at a time. That, combined with her resistance to traditional social standards, has caused her to develop a bit of a notorious reputation in the village.

However, this resistance is not just an act of rebellion: Morgan knows that there's something sinister deep within Eysenfeld, and she's not going to stop until she tears it out at the roots. 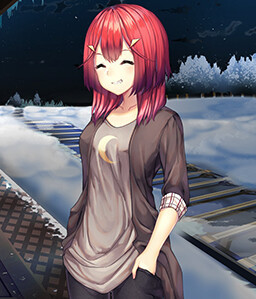 "This feels like it could be the place where we find something, you know? Something's gotta be out there. I can feel it."

One of the world's most popular paranormal vloggers (according to her), Tara is unfailingly charismatic and bursting with limitless energy.

She's brash, intrepid, and always seeking something new. That often makes her a magnet for trouble: whether it's from relentless flirting, minor criminal activities or just plain pig-headedness, things around Tara have a tendency to end in chaos.

Morgan's mother, and the mayor of Eysenfeld. With a frigid personality that borders on terrifying, she commands respect from those she encounters. Not that her daughter ever offers it.

It's clear from the beginning that she's not happy about Maddie and Tara's visit to her town. But Morgan claims that Evelyn is worse than she seems. Much worse.

A mysterious creature that lives in the woods.

Fluttering and skittering about the trees, fairies are content to keep to themselves for the most part. However, their queen has been missing for a very, very long time. So they wait, in hopes that she will return someday, or that a suitable replacement may present herself...

Queen of the fairies, and an important part of the forest. However, it's been decades since she was last seen.